Some years ago I was spending a weekend with my brother and many of his friends--all highly educated and successful in their fields.  We began talking about business, money, etc. and how to succeed.  I was just starting in Real Estate, so I was trying to soak up words of wisdom from one friend in particular who has always been in sales and could sell literally anything to anyone.  He went on to talk about how he himself might go into Real Estate if he had about $25,000 dollars to spend on advertising, etc. from day one and this would most likely be the only way one could ensure success in this business.  Coming from him I begin to realize that getting into this business is, in fact, expensive and that it is hard for new agents especially to start--I started to doubt my chosen career path.

So let's look at a new agent who just got his or her license and is coming from another sales industry.  He has some great connections and lands a $400,000 listing but, due to, "life 101," he doesn't have much money saved up for advertising, etc.--he has been earning a living and paying bills like most folks and didn't save up the friend-recommended $25,000 to start his Real Estate business.  Is he prepared to take on such a listing and will he be able to market it properly for his client?  Some would argue he wouldn't but, with the internet, he is now on more of a level playing field.  He is able to competer AND survive amongst seasoned agents who may have deeper pockets than he.

This new agent can not only compete and survive but, I would argue, could surpass other agents who have been selling for years--as long as he is internet savvy.  He will be able to, usually for free as we know, market himself and his property on the internet in a very short amount of time.  He can use the vast amounts of Social Networking sites and free listing sites to get his name "out there" as if he had been selling Real Estate for years.

You may be saying, Scott this isn't a new thought, my friend!  We all know the internet is where buyers find properties and agents.  But, not every agent utilizes the internet as much as they could (me included) and this can mean a huge advantage for new and existing agents.  Every day I learn about a new internet website or tool I can use to boost my business.  The great thing here is that the internet will hopefully continue allow and entice good salespeople to enter our profession.  We should want to attract great agents who will adhere to our ethics and represent their clients so that others will see Realtors in a good light.  The internet and its continued advancements will most likely be a friend to Realtors for years to come--even for those, like me, who don't have $25,000 to start their Real Estate career!  Happy Selling!

Guerilla Marketing is a great book that touches on this a little bit. How can we compete with huge companies. The interwebnet (j/k) does level the playing field.

Hi Scott~ The sad thing is we all (Realtors/Agents) have access to these internet tools, but the sellers don't necessarily know any better that the internet and the tools aren't being used by their agent...

Most agents don't have a clue how to use the internet more than the MLS or Craigslist.  The ones who get it and get creative can do great.

Scott,  Your premise is correct.  Any agent can improve performance by spending more time ( not money ) on developing internet skills. 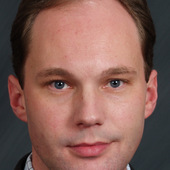 I hope you will find some useful and insightful information about Real Estate and how it pertains to life in general. Real Estate, our lives, and our economy all seem to be connected in one way or another and I am glad to be involved! Hope to hear from you!