Wow, the city I live and work in selling real estate was recently voted number one on Newsmax. Wichita holds the number one ranking of the "Top 25 Most uniquely American Cities and Towns." Not sure what that's worth, but what I found interesting, and I agree, was that we were rated  a 9 on culture.

It must be the underground culture. Really, you would never believe it by the things you hear about Wichita. Nothing to do, flat, full of rednecks and then we had that little mini scandal where they tried to ban teaching evolution in the schools.

When you take off the blinders and look around though, it really is a nice place to live. It's quiet. Family values are held in high esteem. I think there may be more churches than liquor stores. (that's an exaggeration, but there are a lot of churches) The people are friendly, the business climate is good, taxes a little high, but we're working on that. The crime rate isn't bad and the hospitality is outstanding.

We have loads of museums to wander thru including a modern world class art museum.

The Sedgewick County Historical Museum is a wonderful old building full of rich Kansas history. One of my favorites is a private museum, The Museum of World Treasures,  owned by a Doctor here in town who has traveled the world collecting artifacts from full dinosaur skeletons to ancient Egyptian relics to military paraphernalia from across time and around the world.

The opera company is well known around the area for it's magnificent performances and the Wichita Symphony Orchestra rivals any in the world. Music theater of Wichita preforms stunning off Broadway shows that can easily compete with the real thing. On top of that the many playhouses and theater groups that dot the community are all fun and extraordinarily entertaining.

There's a living museum, Cowtown, that is an exact replica of a small Kansas town in the  young frontier days of our country. We have an Indian center that celebrates the culture of the first Americans that were here before our forefathers immigrated over. Exploration Place is a museum of sorts built half in the Arkansas river for kids and adults alike. A really unique building design and a place to learn and play. Recently we had the world renown  "Body: The Exhibit" on display. Just getting finished up is the brand new arena that the people voted to have built downtown for concerts, games and shows. If that's not enough venue, there's the coliseum right outside of town where there is everything from monster truck rallies to horse and dog shows. The Sedgewick county 4-H club uses the coliseum for all of it's major events too.

Am I forgetting anything? I'm sure I have. We have the Arkansas River that runs through downtown and hosts the River Festival every year, can't forget that.

The town and surrounding area is full of lakes to fish in. If you like to hunt your own meat, the hunting in the area is famous for deer and turkey. Hunters come from around the country to bag their limits every year.

All in all there is more to do here than you can "shake a stick at". The really nice thing is the people. Friendly, down home, laid back and full of "culture".

We also have Down town and old town that is fantastic to walk on the weekend.  Waterwalk is coming soon!!!!  Hartman Arena has just opened up!  Wichita State University is a gorgeous campus with so much to do for student and non-students alike.  We really do have an amazing place to call home.  Wichita Kansas has a lot to offer! 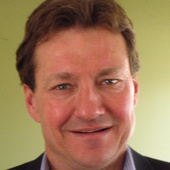