Recently, the Metro Light Rail board of directors voted to extend the weekend hours of light rail in Arizona on Friday and Saturday nights. This extension allows Phoenix light Rail riders to ride until after 2am on Saturday and Sunday mornings.

Given the fact that the extension is said to be implemented on a "trial period" of one year, a group of people have decided to help with an awareness campaign for the newly appointed hours.

Enter "Night Rail" which is being held tonight, 7/31! From the Rail Life blog we see that...

"If you are a fan of the extended light rail hours, a friend of business owners along the line or just a fan of having fun, join us for Night Rail. Several groups will be getting together along the line throughout the evening and then meeting at the Roosevelt Station at midnight to show support for the extended hours. After midnight, we will head to a couple of nearby places before calling it a night. You can join our friends at “Light Rail Friday Night” who will be meeting at Rula Bula on Mill from 6-9 pm. After that, people will be meeting (10:00 pm) at Monti’s and at Maizie’s, which is just south of the light rail station at Central and Camelback."

The response from the Night Rail blog post has been great with many local groups picking up and showing their support. A few examples of blog posts and media interest are...

CenPhoTV is promoting it a ton!

So, if you want to have some fun, Light Rail style, be sure to check out this first Night Rail event!

Nice to see you back on, man you're good at this. 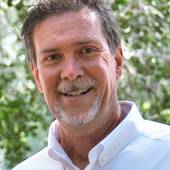