It probably isn't a real shock to those of us that call Perrysburg, OH our home, but it has been named as a top 10 city for raising a family in the August issue of Family Circle magazine.  And this is following the naming of Perrysburg, OH as a top 5 city to live in Ohio by Ohio magazine.  So why did Perrysburg, OH make the list?  There are many reasons, and I will try to fill you in on some of them.

First, I'd like to point out what some of the criteria was for choosing the award winners.  The initial group of 1,700 cities had to have a population between 15,000 and 150,000 residents.  Also of importance were the school system, parks & recreation, places of worship, and history.  Affordable housing also played a role in the decision. You can get a really nice house here for around $500,000.  Don't believe me?  Just do a search!

Regarding the school system, Perrysburg is rated at the highest level (excellent with distinction) by the state of Ohio.  On a personal note, my wife and I have found our son's teachers and administrators to be exceptional.

Perrysburg boasts many parks and recreational areas.  There are 12 municipal parks in Perrysburg.  The recreational division offers summer programs and camps for children of all ages.  This year there were 26 camps offered, ranging from sports camps to yo-yo, sports writing, and science camps.  Also, there were 39 other recreational programs offered, from tee ball to dodgeball to one called Games 'N Giggles (my boys loved all 3 of them, by the way). Municipal Park has a wonderful pool that is used for open swims as well as water aerobic, diving, and swimming lessons.

Fort Meigs is the largest wooden-walled fort in North America.  Fort Meigs, established by William Henry Harrison in 1813, was an important part of the British defeat in the War of 1812.  It continues to serve as an educational establishment to students and adults from all areas.

Perrysburg has done a great job of blending its history with the current times.  There is a historic district in which many homes are on the national registry of historic homes.  There is a wonderful downtown area with a blend of stores, restaurants, and offices.  There are many retail businesses building stores in Perrysburg and Perrysburg Township.

Levis Commons is an open air, multi purpose planned development that includes rental and owner occupied housing, retail stores, office space, a movie theater, restaurants, and a Hilton hotel.  It is a beautiful space, and has added to the attraction of Perrysburg. It is located next to the world headquarters for Owens-Illinois, the world's largest manufacturer of glass containers in the world. Green energy is certainly a growing industry right now, and Perrysburg Township houses the largest of the solar panel manufacturing companies.  First Solar is located in Perrysburg Township and has brought hundreds of great paying jobs to the local area and has helped stabilize the economy.  They are continuing to expand their manufacturing facility as well as their research and development space.  (If it seems like I'm bragging a little bit, I am; my wife works for them!)

Way Library has been recognized nationally as a top library and has received numerous awards.  It recently ranked 10th out of 1,773 libraries in its category (10,000-24,000 population).  Not only does it have a large selection of books & magazines, it also has meeting rooms, a historical room, which contains a good deal of local history, plenty of computers, and a nice play area for the children.  There are always clubs and groups meeting there.

As you can see, there are many reasons why Perrysburg is a top 10 city to raise a family.  I think that it's just a plain old good city to live in, whether or not you're married and whether or not you have children.  Please contact me anytime, I'd love to give you a personal tour!

Chad, you need to get blogging again. Be consistent and the biz will happen. http://thedailybrad.com

Perrysburg is ass, the teachers suck, the people are stuck up, the utilities are expensive, the restaurants in the area are terrible quality even the chain restaurants. Jefferson Point which Levis was modeled after is so much better than Levis and the Fort Wayne area is better than Perryburg in almost every single way that I know of though I can't speak for the teachers in Fort Wayne I personally have been through the Perryburg school system and can say they're more concerned with appearing the part than actually being the part. They have good PR people that have no problem lying and playing them up because they're jokes save for a very select few that may have retired since I've been out even as they were the older teachers there. This article is public relation fluff and not indicative of the actual experience you'll get in the rathole that is Perrysburg. Oh and the administration for the schools are pretty dumb they spent almost 1 million dollars on a single seat in the auditorium so it'd be bigger than the old high school, but they don't care they just ask for another school levy to pay for their incompetence with your money.

I'm sorry that you feel this way, and having lived in Perrysburg for the past 10 years (with children in the schools) will strongly disagree with your thoughts.  We have had nothing but positive experiences in the schools as well as the community. 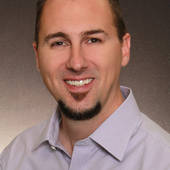