It's not a very common question, but one that is being asked more often than not as homeowners navigate their way through today's market. The question is simple: How do you get a lender to speed up the foreclosure process, but the answer is oftentimes hard to put a finger on.

But when you think about it, prolonging the process can be costly for a homeowner, who likely does not have the money to pay for maintenance and utilities.

This is the situation in which Clark Engle, a resident of Wayne, Pennsylvania finds himself, and I discovered, after simply scraping a thin layer from the surface, that it is a problem homeowners in high-foreclosure areas increasingly are facing.

Engle owns a couple of condos in Florida that he bought as investments when he lived there, but when he relocated to Pennsylvania in 2006, he tried to sell and then rent the condos, not finding any luck.

To say the Florida market is glutted is an understatement. Homes, especially condos, began plummeting in value about three years ago, and today, for example, a unit in the St. Petersburg/Tampa area purchased for $350,000 in 2005 is selling for $90,000, according to Pinellas County records.

"I can't keep them, rent them, or sell them," Engle said.

About 14 months ago, Engle was served with foreclosure papers by his lender, but nothing has happened since. Because there are so many homes in foreclosure, he assumes that "the bank obviously does not want to take them over because then they become responsible for the back taxes, condo fees, and maintenance until there is a market."

So, on his lawyer's advice, Engle continues to pay the liability insurance and the utilities-more than $1,000 a year.

"I didn't want to ask (the lawyer) to write a letter unless it's really going to make the bank move faster," Engle said. "If he could cite some law or legal precedent that the bank can't leave these in limbo, perhaps that might do something."

Bankrate.com columnist Holden Lewis, who is based in South Florida, said he's not sure the process can be pushed along. "Florida has judicial foreclosures," Lewis said. "Courts have backlogs, law firms are probably overwhelmed, too. Tax receipts are down. I doubt anyone is spending stimulus money to hire more court personnel to speed up foreclosures."

According to Florida law, the foreclosure process typically should take only five months; thanks to the backlog, it is taking 10 months or more. That may be good news for people trying to avoid foreclosure, but it's bad news for people like Engle who have been caught in the real estate squeeze and want out.

Rick Sharga, chief economist at RealtyTrac, which tracks foreclosures nationally, said Engle's assumption that the bank wants to avoid more costs is right on the money. "I don't believe there's any way to compel them to conduct the (process) faster than they want to." Engle "could try discussing a deed-in-lieu-of-foreclosure arrangement with the lender, suggesting that it would save the bank thousands of dollars compared to a formal foreclosure and maybe allow them to come out ahead," said Sharga. "If that doesn't work, Engle will just have to wait it out." 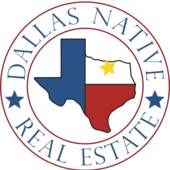