The Pending Home Sales Index, a forward-looking indicator based on contracts signed in May, increased 0.1 percent to 90.7 from an upwardly revised reading of 90.6 in April, and is 6.7 percent higher than May 2008 when it was 85.0. The last time there were four consecutive monthly gains was in October 2004.

Lawrence Yun, NAR chief economist, cautions that there could be delays in the number of contracts that go to closing. "Closed existing-home sales have improved but are coming in lower than expected because some contracts are delayed or falling through from the application of new appraisal rules for many transactions," he said. "Rises in contract activity show buyers are becoming more active even as they face much more stringent loan underwriting standards. Speedy clarification of the appraisal rules could smooth a housing market recovery and support the overall economy."

Let’s take a look at the Passaic County NJ real estate sales statistics for June to see how the market looks in our area:

Pompton Lakes saw a decrease of 6% in active listings in June 2009 compared to June 2008.  The average sales price decreased by 1% to $307,083 and the median sales price has decreased by 7%.  The number of sold listings decreased by 54%. Homes were on the market an average of 7 days more with a 6% increase in market times.

Statistics are based on information from the Garden State MLS. They are deemed reliable, but not guaranteed. 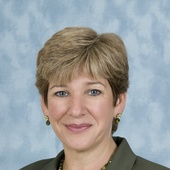