Biopesticides are certain types of pesticides derived from such natural materials as animals, plants, bacteria, and certain minerals. For example, canola oil and baking soda have pesticidal applications and are considered biopesticides. At the end of 2001, there were approximately 195 registered biopesticide active ingredients and 780 products. Biopesticides fall into three major classes:

Microbial pesticides consist of a microorganism (e.g., a bacterium, fungus, virus or protozoan) as the active ingredient. Microbial pesticides can control many different kinds of pests, although each separate active ingredient is relatively specific for its target pest[s]. For example, there are fungi that control certain weeds, and other fungi that kill specific insects.

The most widely used microbial pesticides are subspecies and strains of Bacillus thuringiensis, or Bt. Each strain of this bacterium produces a different mix of proteins, and specifically kills one or a few related species of insect larvae. While some Bt's control moth larvae found on plants, other Bt's are specific for larvae of flies and mosquitoes. The target insect species are determined by whether the particular Bt produces a protein that can bind to a larval gut receptor, thereby causing the insect larvae to starve.

Plant-Incorporated-Protectants (PIPs) are pesticidal substances that plants produce from genetic material that has been added to the plant. For example, scientists can take the gene for the Bt pesticidal protein, and introduce the gene into the plant's own genetic material. Then the plant, instead of the Bt bacterium, manufactures the substance that destroys the pest. The protein and its genetic material, but not the plant itself, are regulated by EPA.

Biochemical pesticides are naturally occurring substances that control pests by non-toxic mechanisms. Conventional pesticides, by contrast, are generally synthetic materials that directly kill or inactivate the pest. Biochemical pesticides include substances, such as insect sex pheromones, that interfere with mating, as well as various scented plant extracts that attract insect pests to traps. Because it is sometimes difficult to determine whether a substance meets the criteria for classification as a biochemical pesticide, EPA has established a special committee to make such decisions.

What are the advantages of using biopesticides?

Biopesticides generally affect only the target pest and closely related organisms, in contrast to broad spectrum, conventional pesticides that may affect organisms as different as birds, insects, and mammals.

When used as a component of Integrated Pest Management (IPM) programs, biopesticides can greatly decrease the use of conventional pesticides, while crop yields remain high.

To use biopesticides effectively, however, users need to know a great deal about managing pests.

How does EPA encourage the development and use of biopesticides?

In 1994, the Biopesticides and Pollution Prevention Division was established in the Office of Pesticide Programs to facilitate the registration of biopesticides. This Division promotes the use of safer pesticides, including biopesticides, as components of IPM programs. The Division also coordinates the Pesticide Environmental Stewardship Program (PESP).

While biopesticides require less data and are registered in less time than conventional pesticides, EPA always conducts rigorous reviews to ensure that pesticides will not have adverse effects on human health or the environment. For EPA to be sure that a pesticide is safe, the Agency requires that registrants submit a variety of data about the composition, toxicity, degradation, and other characteristics of the pesticide.

Have not seen you on AR for some time

hope all is well 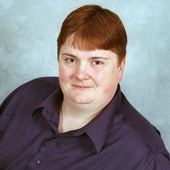