My wife and I bought our first home in  1993.  It was a different time for us, and we were both in modestly paying jobs (though by today's standards, in retrospect, we may have been doing fairly well).  I was at such a low rung on the latter at the title company, the position doesn't even exist today.  But I still remember some of the events during our quest to become former renters that have shaped my opinions about real estate agents.  So, from a buyer's perspective, I thought I'd share a few thoughts, both positive and negative, that have remained in my memory.

Without the means to purchase in Chicago, we thought the immediate suburbs would be a good place to start.  We were young enough, and free enough, that the city still had an attraction - and most of our friends were still there.  We looked at a frame house with a fire place and a spacious yard.  The place needed work, I'll admit.  My parents walked through it with us and begged us to run, not walk, away from it.  We went as far as to hire a home inspector, who placed a marble on the floor and it rolled rapidly to the wall.  We were idiots, blind to the realities of that house.

The selling agent, obviously sensing that he had not convinced us with the "foundation shmoundation" bit of brilliance, then layed down the ace in his sleave.  It seems some developers were offering some pretty good money  for the place so they could demolish it and build townhomes.  Not being developers ourselves, we decided that we would not demolish the place and build townhomes ourselves - but the developers were welcome to do so without our competing bid.

We were later referred to an agent about an hour out of the city, who met with us and listened to us.  She asked about our finances and, more importantly, what mattered to us most in buying a home.  She only brought us to homes that fit the description of what we wanted.  She did not waste our time.  And, above all, she did not try to push anything on us.  She kept comments to a helpful minimum.  We bought a home within weeks well outside of the city that we had hoped to remain near.  But she let us make that decision.  We are still in the same boony area to this day.

We recommended her to two of our friends, both of whom bought homes in the same area as we did, and they were both homes that she facilitated.

As an aside, it is interesting to note that the first agent we had contacted to assist us in finding a home never gave up.  After living in our new home for over two years, she called us up - at the home we had long since purchased - to inform us that she had finally found us a place in the city we could afford.  "It's a real dump", she said, "but it's within your price range."  Gee, lady, ya think a person's financial situation can change over the period of a couple of years?

This is not meant as an instructional blog for real estate agents.  I know that all of you Rainers are pros and you know how to treat a buyer.  Rather, I wanted to use the opportunity of my first blog post ever to share with you my experience as a first-time home buyer.  It was an experience that I'm not likely to forget any time soon.

When we serve our client's best interests, everyone wins!  They rely on our experience and professionalism.  If you're new in the business, consult with an experienced agent or your broker before advising your clients inappropriately. When your clients sense that you have their best interest in mind, you will be rewarded with referrals and repeat business.  Ill-advise them, based upon self-interest, and you will end up in court or out-of-business!

It's good to learn from the past, as long as changes are made when needed.  My favorite comment was that "above all, she did not try to push anything on us."  That is something that I hear time and time again from buyers.  We can't push people too hard when making a decision like this.

Congrats on the feature!

I agree, Dont push.  no one wins in a twist the arm deal.  I too carry marbles, just to prove I have some.  welcome to the rain, -- cheryl

Weichert Realtors - Unfortunately, the mom and pop shops are getting squeezed out of many industries.

Linda - The Residential Real Estate Disclosure Act became effective in Illinois as of 10/1/1994 - a year after our first-time home buying experience.  Not that it would have made much of a difference.  Everybody could clearly see the problems with the place except us.  The starry-eyed house hunters with blinders on.

Dave - In my experience, referral-based business is the best kind.  The customer arrives with a level of comfort already present.  Makes the job easier.

Vanessa - Can ya believe it?

Jill - Thank you.  I have spent a lot of time reading and learning on Active Rain.

Chad - As a customer, my hackles are raised when I sense that a salesperson is using overly aggressive tactics.  When it comes to a huge purchase like real estate, it's important to get it right.  P.S.  Feature?  What feature?

After spending 19 years as an agent and then as a broker, I knew there were plenty of agents who weren't doing their jobs. Not only had I hired and fired several of them, but had gone through the frustrating experience of working with many when they were on the other side of a transaction.

That lesson didn't come until after I let my license go and my son decided he wanted to buy a house. It took a good year to find a house, and over that year we talked with and/or met with about 15 different agents. Finally, one of them started sending information about new listings that actually fit what he was looking for.

Now I work only with professional agents - because only professionals hire copywriters to help build their businesses. I really enjoy talking to them and hearing the enthusiasm in their voices when they talk about helping people, and I feel good about helping them stand out from the crowd.

My feeling is that "good agents" have a duty to gather all the buyers and sellers they can - and save them from the "bad agents." And I, of course, have a duty to write convincing copy that helps them do just that.

That's pretty crazy.  At least you found someone you trusted.  More buyers should do that instead of just stick with a bad choice!

Wow!  "Foundation Shmoundation"????  Is she nuts?  Apparently so since she was still trying to sucker you into a home two years after you found a great one....  I think that's why so many of us try to do the best we can to help a client...We've been through it...We know what's it's like to make that first purchase (most of the time) so we want to make things as informative and painless as possible.  At least that's what I think most of us try to do...

I can actually relate to your experience!  When we went to purchase our first home the agent took us to properties that did not match our needs or wants.  I couldn't understand why she was showing us places that we would not have been interested in.  She showed us places on the golf course that would not allow a fence eventhough we stated specifically that we had a dog and needed a yard with a fence. This is something that I have always kept in mind in my business.  I know what that feels like and it is very frustrating.  We ended up building our first home after all and got exactly what we wanted.  I try to always keep in mind what my clients interests and needs are and work to meet their expectations.  To me that is only be professional and putting the client first!  Thanks for the post.

The first time I bought a home I believe I was steered into something I did not really want.  The second time I wish the agent had given me other options than what I first mentioned.  I may have been better off buying somewhere else.

I did get a bit of a chuckle out of your post.  My husband and I had a horrible experience buying our first home which is one of the reasons that inspired me to become an agent and work with first-time homebuyers.  I was in the process of writing about our experience as a first-time buyer.  Thanks for sharing!

I may have to try that sometime 'foundation shmoundation'!  What a hoot!  The good news is you were smart enough to walk away, knowiing that you were not being well served.  As I llok back on it, we were lucky to buy new construction because our agent was pretty clueless too.

Wow, sorry that we made such a bad impression.  Maybe your out my way a little bit?  As you pointed out, not all agents are bad.  Congrats on your 1st post being in the newsletter.

Thanks for stopping in and commenting.  It looks like many of you have dealt with agents who were not all that you had hoped for.  I'll bet that the experiences played a part in making you the successful Realtors and agents you are today.

Note to Lyn - YOU didn't make a bad impression on us.  Some listing agent in a green suit with gold chains around his neck (as my wife recalls him) made a bad impression on us.  Actually, we have had more positive experiences in later transactions.  Back in '93, the good agent settled us in unincorporated Round Lake.  In 2001, we bought a bigger place in Fox Lake.  And here we remain.

You have brought back memories of my first home purchase back in the 70's!  We were the bottom rung on a 4 house deal. If we didn't settle, NO ONE settled. I actually got threatening calls from the OTHER AGENTS! (I wasn't an agent until 1986!) I finally hired an attorney,who was able to clear up ALL ISSUES and we did settle! But it is STILL the ONLY settlement that I've been to that had to have a 3 HOUR recess right in the middle to get completed! ( And no, we didn't need flood insurance,since we weren't in a flood plain and yes, there was evidence of termits,although the first company "lost" their report!)

Termites!  Yikes!  Being a home buyer for the first time can be a trying experience.  Many who have commented in this thread (thank you all again for that) seem to have vivid memories of their first home purchase.  I'm sure it has helped you to understand your first time buyers better than you would have if you had not gone through the experience at some point.

Back in the '70s, real estate agents didn't have the luxury of a site like Active Rain, where professionals can learn from each others' mistakes and successes.

It is sad to see that there are some really bad agents. The clueless comment was funny too

Your blog reminds me of why I decided to become a realtor.  I had so many bad experiences with top agents that I knew that I could do a better job for my buyers and I made it a point to give excellent cusomer service.

Who needs a foundation?  Dorothy got along fine without one when she was in the Land of Oz. 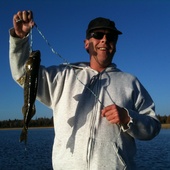