Roma's Pizza in Bethalto, IL has definitely been the hottest place to go for pizza for almost 40 years now. It all started in the early 70's when the Pizzo family decided to move to America from their hometown of Palermo, Sicily after a recession had taken its toll on their restaurant business there.

The story is when they arrived in New York, they dialed an operator in St. Louis and asked her where would be a good town to open up a pizzeria.  She happened to be from Bethalto, and she highly recommended our small town.  As it turns out, they have been very successful here.

You know the saying, "If you build it, they will come."  Well, no one knows that better than the Pizzo family.  A fire destroyed their first location in 1974, so they had to relocate to another small building in town.  I believe it was the early 90's when they added on to accomodate their many loyal customers.  And in 2005, when they had outgrown that building, they made the wise decision to relocate again to a new, even bigger restaurant down the street.  Not only did they increase the number of tables and parking spaces, they also had to increase the size of their staff to keep up with the demand.  Their fan base reaches far and wide.  There are people who are willing to travel many miles just for a taste of their pizza.  And they are asked often if they will ship to those who are unable to come get a piece of the pie. It is still very much a family owned, operated business which is now into the third generation.  They have had requests to franchise their restaurant, but so far have declined.  They hand make their own dough. Their menu also includes appetizers, salads, sandwiches, pasta.  Everything is made fresh daily.

I strongly suggest you get there early as they do not accept reservations.  But I will tell you, the wait is definitely worth it!! 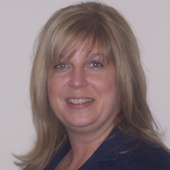