Enjoy a relaxing evening with family and friends at Metter Park. The Morland Drive band, an all ages rock group, will play at 5pm, and at 6:30pm The Sofa Kings will hit the stage with blues, folk, country and classic rock. Food and drinks will be available, and don't forget a lawn chair or blanket.

Carnival rides, games, and vendors. Advanced ride tickets available at Ron's Pharmacy. Music by Out of Focus begins at 8:00pm.

When: 4pm to Midnight

Music by Out of Focus: 8pm

When: Registration begins at 7 a.m.

Zoning Board Of Appeals Meeting

The Waterloo Homecoming is held annually the last Friday and Saturday in August on the Courthouse Square. The event features live music, carnival rides, games, and plenty of food and drink offered by local organizations. A parade is featured on Saturday with floats, marching bands, and other items of interest. 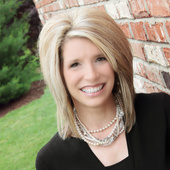 ActiveRain Community almost 12 years ago
bookmark_borderbookmark
The The Count Down is On for First-Time Home Buyer...
View more Recent Posts   arrow_forwards