This morning started like any other workday, but quickly took an interesting turn.

My answer was, "Absolutely not!" However, I'm guessing that the majority of respondents would disagree with me and answer in the affirmative. Why not? We lived in a Twitter-less world before it was invented, what's the difference now, right? Well, I'd like to answer that question by removing the words 'Facebook and Twitter' from the original question.

Could you live in a world without...

mobile phones? Even 8-year-old kids have them these days.

the Internet? Try looking for a house without it.

automobiles? At least there would be less pollution and the ozone layer might still be intact.

airplanes? Two weeks to cross the Atlantic isn't so bad.

television? Could be the next casualty of the Internet era.

cable/ satellite? NBC would actually be "Must See TV!"

calculators? Time to dust off the abacus.

Were you able to say "yes" to any of these questions? If you think so, think again. The question wasn't "could YOU live without..." it was "could you live in a WORLD without..."

It's reasonable that any of us could live without a few of these things, but it would be very difficult to live in a world they had not impacted. For example, try to imagine a world without electricity. With the exception of the printing press, the rest of the list wouldn't even exist.

And, while the comparison between the importance of social networking sites and electricity is a stretch, we cannot downplay their role in our society. They will be around until they are upgraded and/or replaced, so why not fully embrace them or at least stop complaining about them?

As always, feel free to send us a telegraph or you can follow us on Twitter: @GothamRealtyGrp ( http://www.twitter.com/GothamRealtyGrp).

People did live without all these things for long periods of time before invention.  Of course now that I am used to the technology I would feel lost without!  Cute.

Jonathan - I wouldn't enjoy it, but I would live.  My family and I have been spending our evenings outside with no phones, TVs, computers, or handheld video games.  Last night, we played charades.  It's good to unplug sometimes.

Hi Jonathan - I sometimes think that we're overconnected today. I think back 15 or 20 years and we managed just fine. Still, I'm sure I'll be checking Facebook, Twitter, LinkedIn, etc. later on today!

Jonathan- could I live without my gadgets?  Well, if I HAD to.  Would I want to?  Absolutely NOT!  I'm so happy I was born in the age of the internet, etc.  That said, I do love sitting down, by myself with a good book, one that is actually made of paper and ink.

Jonathan, I always think about the kids coming up now - and the things they won't have any idea about like a rotary telephone or a roll of film.  It's amazing the amount of technology there has been in my lifetime.

Be sure to take a look a the new contest AR is running on Hyperlocal content.

Sometimes I get so overwhelmed by the speed of change around me that I wish for simpler days but if I really could stop things, I wouldn't.  Change is how we grow and evolve.  I hate to admit that I was born the same year as television and can you imagine life before that? 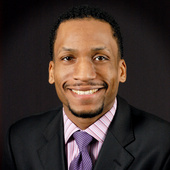