Not only is Awful Arthur's locally owned and operated but it is one of the few restaurants in town where you can walk in and be greeted by management that has been there since the doors were opened!  Barry Caldwell, general manager, runs a restaurant that succeeds in satisfying his customers culinary desires as well as their entertainment needs.

Big Daddy started brewing their own beer last September.  There have been more recipes added since the initial brew with many fans added along the way!  June 30, 2009 Big Daddy's received its off premises beer license and started selling Growlers with resounding success.

Sean Osborne, the brew master, has been living his dream since the day Big Daddy Brewery opened.  I don't guess that many of us could hate a job where we get to experiment daily trying to find the perfect beer recipe....combine that with a restaurant that serves everything from chicken fingers to crab legs, wraps to scallops and burgers to shrimp scampi....what more could anyone want?

Frequent guests of Awful Arthur's and raving fans of Big Daddy Brewery will want to investigate becoming a member of the "Mug Club".  Mug club members get weekly updates on entertainment via email from Barry Caldwell, discounts of meals, a free t-shirt and a mug with your nickname embossed on it.  General Manager Barry and Assistant Manager Travis do an incredible job of making their guests feel like friends and not just patrons, it is a rare day that one or the other does not stop by your table to make sure that your "Awful Experience" was indeed not awful!

Awful Arthur's has been providing the residents of Roanoke with a place to go for 9 years.  Nightlife in Roanoke would not be complete without AA's!  Barry usually has entertainment scheduled Friday and Saturday nights and sometimes you will find Jerry Wimmer playing a night during the week.  Sign up with Barry for email updates and you will never be left out in the cold!

A lot of thought and preparation went into the building and design of Big Daddy Brewery.  Big Daddy took over the store front originally occupied by Les Cheveux Salon.  Big Daddy occupies approximately 1700 Square feet at Towers Mall.  Awful Arthurss took down the wall between the two store fronts and replaced the wall with windows over looking a long line of fermenters.

The back bar looks out to the Kettle and the Mash Lauter Tun.  Again, walls were taken down and windows were put between the bar and the Kettle area.  Patrons enjoy sitting at the bar watching their favorite sports team and trying to figure out exactly what Sean is going to do back there with all of that beer!

I welcome you to join me at one of my favorite, locally owned and operated, restaurants in Roanoke VA!  I can promise you that the food is great, the beer is cold, the wait staff are outstanding and the management is incredible!  Awful Arthur's and Big Daddy Brewery are great neighbors to RE/MAX 1st REALTY!

Hi Damon-A mighty fine establishment there. Great write up. Have a great weekend 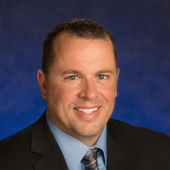