Albuquerque Real Estate Sales Are UP and Inventory Is Going Down.

by M. Anthony Carr
Rated earlier this year as Forbes' #1 real estate market for the year, the numbers are finally starting to demonstrate strength in pending sales. The absorption rate for the city has dipped below the 6-month mark, after hitting a high of 12 months nearly a year ago.

The Greater Albuquerque Association of Realtors has reported jumps in pending sales month after month for the year and now closed sales are starting to outperform a year before. For June 2009, pending sales were up 9 percent for both year-over-year and month-to-month (from May to June 2009).

The inventory has been dropping for months and was down more than 11 percent in June compared to a year ago. Pricing has still been soft when looking over year-to-year numbers, however, in the last 8 months, the decline has stopped, and median prices of single-family homes has lingered around the $180,000 level.

Job growth is still a struggle for New Mexico as a whole, according to the latest data from the Bureau of Labor Statistics; but the numbers have begun to ease as unemployment dropped to 6.8 percent in June in Albuquerque, way below the national level of 9.5 percent.

First time buyers: remember the deadline to get in on the $8000 rebate is October 1st since they have to be closed by December 1st and it takes longer that you would expect to get loan approvals and appraisals now!

Carol, It must be encouraging to see the improvement in the Albuquerque real estate market. 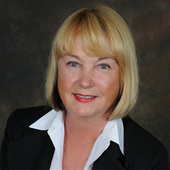