So I'm not even sure where to start on this one...

About a week ago my sister-in-law mentioned that she saw a notice in the local newspaper that a house I had an accepted offer on was going to sheriff's sale in mid-September? Huh?!? The offer was accepted by the bank, the inspection was scheduled, and the buyer's financing was underway. So I brushed it off as some sort of error.

But then I checked yesterday's issue of the same newspaper, and lo and behold -- there it was. A sheriff's sale is scheduled for 1:00 pm on September 17 at the county courthouse. Huh?!? How could this be??

So I emailed the listing agent who called back a short time later. "We have a problem." Huh???

He proceeded to tell me that after a few phone calls he was able to talk with the foreclosure attorney for this house and was told there were actually two mortgages on this house. One had been foreclosed but the other -- well, not so much.

I believe the listing agent called this a "defective foreclosure." Huh?!?!

So I called Mrs. Buyer and explained the situation as best I could in the stunned state I was in. Her reaction was, well, shock -- dismay -- confusion -- huh?!?! How could this be???

The buyers can get their earnest money back, but as far as the money they forked out for a home inspection and appraisal -- well, that is yet to be seen.

So who dropped the ball on this one? Who's to blame for this HUGE oversight? The title company? The foreclosure attorney? And will the party or parties ever be held accountable for this huge mess?

I have to admit my experience with short sales and foreclosures is pretty minimal, especially compared to many other agents out there. But this is a new one. A defective foreclosure. Have never heard mention of that possibility before.

Can't wait to see how this story ends...

So nice that the left hand doesn't know what the right is doing. So sorry for all the hard work that you have put in.

Kim -- Yeah, isn't it though?? I just feel awful for my buyers. This was the FIRST house we saw that they both liked. I'm still in shock over the whole thing. ugh...

Wow, Peggy.  I've never heard of a "defecive foreclosure" before.  I'm curious to see how this story ends myself.  Please update this when you find out what happens next.  If I were the buyer, aftet the shock wore off, I'd want to know who's refunding me the money for the inspection and appraisal on a home that never should have gone this far to begin with.  It's not the inspector's fault, it's not the appraiser's fault.  So, who's fault is it?

Heather -- From what I understand about what happened, I think the ball was dropped by the title company and/or attorney. We're hoping the buyers will be reimbursed for their expenses...

IMO: This is another reason I have lost enthusiasm for REO work and or short sales. I think it is going to be next years Real Estate Headlines when all the lawsuits start happening. Way too much activity in this area for way to little rules applying in this sector of the market. It is not just Buyer Beware, it is Selling agent and Listing agent beware of dangers of lawsuit ahead.

Mary -- I have such limited experience with foreclosures and short sales, that this just blew me away. We've learned since this post that there is indeed just one mortgage on the home, but it was never foreclosed upon. How the house got listed as the bank being the seller is beyond me. We're trying to work through it, but time will tell. That something like this is going on really does make one wonder who's monitoring things to make sure everything is legit...

Sounds strange but sometimes it does happen. Somewhere along the line the L/R is not handling their business. They should have been awareof this change well in advance of accepting your offer and surely in advance of your client spending their hard earned money. 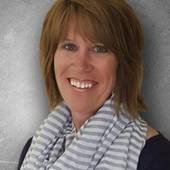