A growing number of homeowners around the country are using a foreclosure defense that may help them retain their homes. It’s called “Produce the Note” and we want you to know this is not a mere technicality that should be treated lightly by the lender or by the Court.

What if Your Lender CAN’T Produce the Note?

So, what happens when the lender tells the Court it can’t produce the original note, because it is lost? Let’s start with the basics. If a lender wants to foreclose on a property, it has to be able to show that it is, in fact, the appropriate person to whom the money is owed. That right to foreclose belongs ONLY to the person who has legitimate POSSESSION OF THE ORIGINAL NOTE - not a copy, not an electronic entry, but the original note itself with the original signature of the person(s) who allegedly owes the money along with appropriate raised notary seal and signature. So, if you are faced with a foreclosure, you have every right to demand that the person or entity trying to take your property, first prove to the Court that they have the legal right do to so in the first place by proving they have legal possession of the original promissory note.

What the Lender Must Do

What often happens, however, is that the lender claims it doesn’t have the original note, because that note has been lost or destroyed. If the lender is making such a claim, the law requires the lender to prove all of the following under the “Uniform Commercial Code”, which is a set of laws governing commercial transactions that many states have adopted. It contains a specific provision on this subject (Section 3-309) which states that a person can enforce a promissory note without having the original, BUT only under certain limited circumstances.

It is up to the Court to determine whether the lender has satisfactorily proven why it no longer can produce the original note. The Court also has to be satisfied that when the original note was lost, the person trying to foreclose on the property had possession of the note at the time it was lost. Until the Court has been satisfied of all of this, the foreclosure cannot proceed.

It is also important for the Court itself to understand that this issue is not merely a “technicality” and the judge should not be satisfied with anything less than full proof of this issue. The Court itself needs to appreciate the fact that if it should agree that an original note has been legitimately lost (and allows the foreclosure to proceed) it is the borrower who is still at risk.

Why? Because incredibly, even if a Court has found that the original note is lost and the foreclosure sale is finalized, if someone later turns up with the original note and proves that it is the proper holder of the note, and not the person who foreclosed on the property, the original borrower is STILL LIABLE.

That’s right. Someone took your home and the Court allowed it because it believed that the lender proved that the note was lost and it was the proper party. Then someone legitimate shows up in the future with the actual note and you still owe that person the money even though your property was taken with the blessing of the Court. Trust me, this is a very serious issue regarding post foreclosures and post pre-foreclosure short-sales. It has happened to three of our own clients! These homeowners had the need to sell their property by means of a negotiated short-sale (so they could avoid a foreclosure) only to find out that the entity claiming to have the legal right and authority to enter into such negotiations and accept such settlements sold their note to another entity and weren’t even aware of it. Several months later, the newly assigned lenders (now claiming to be the rightful owners of our client’s original notes) have since come forward and have also filed suite seeking to recover their entire outstanding principle balances owed to them (prior to the homeowners closing their short-sale transactions with the wrong note holders).

How fair is that?!?! It’s not! And that’s why homeowners need to start fighting back when someone is trying to take their home by foreclosure, especially since an overwhelming percentage of mortgages granted over the last 3 to 5 years have been packaged into securities and re-sold and re-assigned numerous times since the inception of the borrower's original note and mortgage. In some states, homeowners have better than a 50/50 chance of being successful in defending themselves against a completed foreclosure. Why wouldn’t anyone who owns a home do everything in their power to protect and defend it?

very interesing... I had no idea...and of course just one more thing that we need to look after.

Interesting -- there is always some added wrinkle -- thanks for the post. 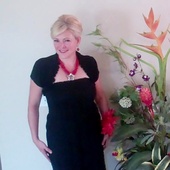 about 12 years ago
bookmark_borderbookmark
Are you steel looking for your dream home?
View more Recent Posts   arrow_forwards

You can find access to our email and web site. Here you can order real estate reports, ask questions in reference to a Loan Modification, short sales, foreclosure or just order your private REO or standard sales listings. We are experts in the Orange County and we also work in the areas of San Bernardino and Riverside County.