I represent the buyers who submitted an offer to purchase on an Indymac Short Sale on March 31st, 2009.  This was accepted by the sellers and has been pending approval from Indymac since then, a period of 4 ½ months. No response for months, the listing company hired a new facilitator (Thank God!) and we started getting some action on the file.

After months of waiting, we received an approval from the negotiator for Indymac, that was not compliant with the terms of the offer to purchase. She approved a sales price of $185,000 with no closing costs credits to the buyer and we had asked for the 3% credit.  Her approval included $3,000 for a 2nd lien holder. I do not believe there is a second lien holder.

My buyers offered to increase the purchase price to $190K and with a 3% credit back to the buyers for closing costs.  The net to Indymac will be same if not higher.

The facilitator has asked for an amended letter numerous times.  The negotiator sent another email saying that we were to use the original letter and credit part of the closing costs towards the 3% credit for the buyers.

The facilitator was told that if we wanted a new letter of acceptance the file would go to the bottom of her "pile".  I suspect it has!

The facilitator went to the Title company and asked if they could close with the original letter and they said they could if the final Hud1 showing the $185K was approved by Indymac.

At this point, having been assured that we had acceptance of the terms and conditions for the short sale by the bank, I advised my buyers to move forward, lock their loan rate and have their loan officer order the appraisal.

The negotiator then informed the facilitator that she was sending the $190K offer to investors  for review. This after an emailed approval (but no letter of approval)

We have no idea where we stand now.  My buyers locked their loan rate based on assurances from the negotiator that the short sale was approved.  We cannot seem to get anything in writing and we cannot move forward without it.

That is my tale of woe.  If anyone has any input or a contact who might help me at Indymac I would be eternally grateful.  If you need the name of the negotiator I will gladly give it to you but hesitate to publish it for obvious reasons.  I posted this on CDPE community, of which I am a member, with the negotiators name included and discovered I was not the only one to have issues with her. The complaints about Indymac, now One West, on the internet are legion.  Tried to get an email for the CEO and it is nowhere to be found on line.

Janet- go over Indymac's head. I go direct to FDIC when dealing with Indymac. Indymac ( one west) are the most annoying and irresponsible- up there with CW and BOFA. We had an approval from negotiator at Indymac and they would not remove the deficiency judgment section of their approval letter. She said this was their rule, she asked a supervisor and told us that is the rule because this is Florida and we are a deficiency state. The state statute has nothing to do with whether there is a rule or not and the law does not say they can not waive their right. We had to go to FDIC to get them to tell Indymac that they COULD in fact allow our seller to be relieved of the deficiency. We got it through and we got it waived but each time we had to go over her head to FDIC. Katerina

Janet that is a difficult one.  This is a case where the listing agent needs to stay on top of the loss mitigation officer... Email being the best way for most LMO's ...

I just got a contract back on one that was 3 months, and I have had title work since June and I havent even taken the application yet!  Short Sale Fun!  Local Attorneys are now significantly bumping their fees to buyers when they buy a short sale. Just another layer in the fun we have to deal with!

Well, I guess you've already learned that even though we want to believe the verbal approval, we have to wait for the written approval that satisfies the buyer and seller before we can move forward.  These people have so many files they don't remember what they said 10 minutes after they said it.  And even though they make notes, if they do,  they probably don't remember the whole story.  Don't get me wrong, not trying to defend them, I'm totally exasperated too! 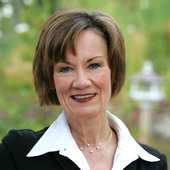