If you're thinking of switching to FIOS in the Seattle area, here's some feedback from one of my clients who recently had FIOS installed at his home in the Redmond area right near Microsoft.  I thought it would be helpful to share, since so many people are curious about it.

"Fios is actually working really well now.  We had an initial snafu with the installation where basically it got installed into a switched outlet, and we didn’t realize.  So every time we’d shut off the lights in the garage our TV and internet would go out.  The package we got is $119/mo. (w/o taxes) and it includes unlimited domestic calls, not sure if it includes Canada or not, tons and tons of channels including over 80 HD ones, and super fast internet that I’ve been happy with so far.

We use the streaming Netflix service through the Xbox 360, and up until we got Fios we weren’t able to watch any of the streams as HD.  Now any of them that have HD enabled stream as HD.  It’s actually a bit cheaper than what we were paying before and we have more functionality (we had Comcast with Boost), but recently Comcast has released a $99/mo plan for similar services.  However, I am now convinced that Fios internet is more reliably fast.

A couple gotchas that aren’t clear from the marketing material:

The bundled deal doesn’t include any set top box.  They cost $6/mo to rent one that doesn’t support HD, or $20/mo to rent one that does support HD (and is a DVR).  However, you can also get cable cards instead for $3/mo, so if you have something like a TiVo HD it’s better to choose that option.  In addition, the sales rep will tell you they don’t have M-series cards, but that’s incorrect.  We have an M-series card now.  The M-series allows you to use multiple tuners, where as the old cards only allow a single tuner.

By default Verizon will actually remove the copper line coming into your house.  It’s not clear why they do this outside of the fact that they are legally required to lease that line to competitors where as they don’t have the same restriction with their fiber optic cable.  That means that reverting to your old phone service or changing carriers is more difficult since you would need to get the line replaced (this shouldn’t affect internet or TV)." 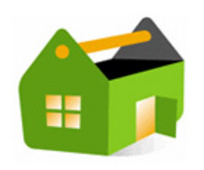