In a recent survey of 1,000 individuals conducted for Coldwell Banker Real Estate LLC by International Communications Research, we see some clear data regarding how much men and women differ in the homebuying process.

Some highlights from the press release:

(If you're a member of Staging and Design Pro's there's a discussion started on this topic on the Staging & Design Pro website, too.)

You must sign in or register to leave a comment
Login Register
Show All Comments
Rainmaker
173,700
Christine McInerney
Great Life RE - Knoxville, TN
The McInerney Team, Knoxville TN Homes For Sale

Many times when I am showing a home, men are looking for what they refer to as a "man room" or "man cave" as long as they find that and the wife is happy, they are happy.

Christine/Jennifer,  My husband just wants a sofa, TV & remote doesn't care much about anything else. LOL

Aug 22, 2009 03:13 PM
LIKE
#2
You must sign in or register to leave a comment
Login Register
Show All Comments
Older Post Newer Post
Back to Top
Generate More Leads from this Listing
With a Trulia Pro Account
Learn More
Find what you need?
See More Blog PostsAbout Real Estate! SEE MORE NOW!
Rainmaker
187,502 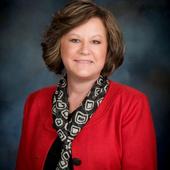