Over the  past five years I have worked with hundreds of REALTORS on their web site.  As we move from MLS to MLS, I've noticed a common theme, and I'm wondering if any of you have observed it as well... The more sophisticated / exclusive / expensive the homes are in a particular community, the less likely brokers are to share data thru IDX.

The patch work of MLSes and the rules that we need to follow as web developers are hugely inefficient.  Some MLSes, such as the Vermont Real Estate Information Network are fairly progressive about datasharing.  We can post VREIN members data to Google Base, for example, which we're not allowed to do with the data from the Northern New England Real Estate Network, despite an active lobbying campaign for a number of their members (who are instead now manually entering the data anyway...)  While VREIN covers western Vermont and most of the population centers, there is one area were there is very little data sharing: Ludlow, VT, home of Okemo Mountain (the place I learned to ski back when it was all pomas!)  There are dozens of multi-million dollar homes at Okemo, and yet a majority of them are not shared thru IDX.

If you move to other parts of the country, the situation is even more profound.  The town of Greenwich, CT, a suburb of New York with a seven figure average home price, has its own MLS.  One broker there told me that the market there is "still very provincial".  There is little to no IDX sharing, individual agents are not allowed to show IDX data on their sites, and most of the web sites in that community pale in comparison to what I've seen in other markets.  By not sharing the data, brokers are forced to spend huge amounts of money on print advertising in the local paper, Greenwich Magazine, etc. and buyers have to go from site-to-site-to-site to find out exactly what is on the market.  How this is of benefit to the buyers, seller and REALTORS is beyond me as it certainly makes the purchase & sale of a home more inefficient.

If sellers were more educated about the inter workings of the MLS, I imagine that they would want as much exposure of their homes as possible... and yet, in some of the most exclusive communities with the most educated buyers & sellers, there is less datasharing then anywhere else.  Anyone have any ideas why?

Exposure of homes for sale is one thing.  However, in the interest of "give the consumer what they want", too many sources for IDX listings include addresses.  I don't blame them.

I'm still not sure about data sharing with our listings.  On one hand I think that it's a good thing.  I got a call from a guy the other day about listing his home and selling him another from a home that I had posted on Zillow.  But I also have a friend who is a long time agent that thinks that we should do away with all of this data sharing all the way down to doing away with the yard signs.

She figures that if the public couldn't find out any information on the houses that were available in an area that they would have to call an agent.  Which in turn would make our services more valuable to the public.

As I mentioned, I'm torn.

Several things-First to compliment you and Welcome you to Active Rain. It is a very interesting community and like all communities it has its unspoken rules-which seems at time to be Go Along to Get Along. It is also fascinating to look at how an individual interprets the meaning of what a blog post should be. There is one guy who puts only humor and useless stuff on as he blogs for points. He has no credibility but he claims it drives traffic to his site. On the flip side-you the annal retentive type ( like me) that believes everything you write reflects on exactly who you are and just how professional or unprofessional you are.

On your above post you speak about the MLS from your unique perspective as a web developer. Others have done the same and some claim that it needs fixed while others don't want the outside world to tamper. In California, we are now conducting discussions ( Working Groups ) at the highest level for a Statewide MLS. This then to be a model for the rest of the country. This would involve taking over and unifying the 70 various MLS regions. California understands  being the largest state the size of several other states, it would set the ball rolling nationwide. One uniform system that solves the problem for data exchange and display. This would be to disregard the financial aspects for the time being which also fund and service the many local REALTOR boards. How this plays out will be fascinating as it may also be the answer that could either put the nail in the coffin of 3rd party aggregators or create yet another whole new level of business models that create the lead generating business models. Whatever ultimately is decided, a major change lies ahead. The only thing certain in life is that change is inevitable.

It may also be that just when everyone was nearly on the same page that wanted the consumer to have the information, major franachises  are now once again looking for ways that might have them pull back the free and full public use of the information. When Realtor.com migrated from the old RIN model to have  central clearing house for the consumer that was REALTOR sponsored, it was intended to slow down or  prevent the 3rd party aggregators from taking the REALTOR out of the transaction. It in fact created whole new business models that captured the data and lured the public to its many sites.

When NAR tried to slow that process with some rules against that sharing,The DOJ fought back with a law suit clearly believing that any manipulations that prevented these new business models was not in the best interest of consumers. They believe the data belongs in the public domain with equal access to all. The brokerages that generate the data had relied up to now on MLS's to mostly slow down the re-selling of the data in the form of leads back to its subscribers.

The new questions being raised go back to the early questions of just how much data the consumer needs and in what framework to keep the REALTOR at the center of the transaction. It is an interesting quagmire. If we could undo the recent past, I wonder if we would ? Continual change can be expected until we get this right. The state of California believes strongly that state run MLS's with full reciprocity to the other states will allow the REALTOR to remain the custodians of the data, while the Brokerage franchises may still have a card a play in preventing it.

It will be interesting to watch as it unfolds.

Thank you for the thoughtful and informative response!  I admire what you're doing in CA and wish you the best of luck.

As mentioned in my earlier response, here in VT we have two MLSes: the Vermont Real Estate Information Network which covers western Vermont and the Northern New England Real Estate Network, which covers eastern VT, all of NH and has agents posting listing in ME & MA.

A couple of years ago, VREIN moved to Offut's Innovia system, and despite a bumpy roll out, NNEREN followed suit last year.  I think having both MLSes on the same system might be a pre-cursor to a potential merger of the two organizations... or, let me step back from that cliff, and say that it would easy facilitate a data sharing agreement amongst the two which would be more or less the same thing from a web standpoint.  Having a number of clients that reside on this Mason Dixon line, or simply want to service the entire state, it would certainly be more efficient to have data sharing among VREIN & NNEREN.  I agree, it will certainly be interesting to watch how this all comes together.

Ted, I came back to see what else you have written and there isn't anything. You should write, you are really very good and I can tell you have lots to offer. Hope to see more things from you soon. Thank you for your nice note. I have my new site up, you can cheek it out if you like. I don't do hyper links on other's sites , the name of the site is The Real Estate Text Book.com . Check it out and want to see more of your writing.

Thank you for the thoughtful request!  It's been a busy month for me.  However, I am headed to www.realestateconnect.com next week, and I suspect that I'll have a lot to write about from there.

Hello Ted, I was going my subscription list and noticed you are currently not blogging. Anything i can do to help you? Just wondering , I like the way the way you write.

Thanks for the great advice. I will check back often. I really like the blog. I am new at blogging but I am beginning to learn quite a bit from reading blogs like the ones I find on Active Rain. If I can ever be of help just visit my blog or my website: http://yournowwhat.com

Ted nowadays you would think that most listing agents would want as much exposure for their sellers as possible. I have a feeling that higher end listings are tightly controlled and not just randomly put out all the other places that every other listings are found nowadays- zillow, google, craigslist etc. (how many higher end listings have you found there?) Agents can have IDX on their websites and should for their sellers.

Ted also I know of a local agent who's been in real estate for over 30 years and has absolutely no computer skills. Computer skills are inversely related to most older more experienced agents who have million dollar properties to sell but have no computer or web skills! 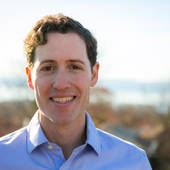