Foreclosures continue to rise since the lifting  of the government moratorium. The statistics from July are now released and national experts weigh in with some of their thoughts as reported on Bloomberg , as well as this article from the AP found on Yahoo Finance.

It is a tough time to be UNDER WATER as a home owner. The government programs to help troubled homeowners have not helped nearly as many as previously hoped for. In addition, those attempting a short sale are faced with the reality that most sales take at least 4 months to close. There are always exceptions, but most buyers seeking the tax credit are being advised to avoid short sales 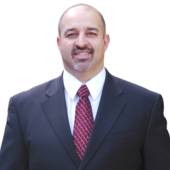