(An intriguing story.  I would love to hear if anyone can confirm this...)

We all know that stores might charge $49.90 for an item instead of $50.00 to make the price seem lower than the actual cost right?  We've all seen cereal priced at $4.95 in the store, automobiles priced at $23,990 and houses priced at $249,900.  The idea here is that the consumer sees the lower price and is left with the impression the item is cheaper than the actual cost.  I was told a story many years ago by a prominent registrar at one of America's top business universities about the origins of this pricing strategy and why it was first implemented and I have often wondered if it was true.

This is how he said this pricing strategy actually started:

The practice of charging $4.99 instead of $5.00 (or $9.99 instead of $10.00 - you get the picture) was started many years ago by a clever storeowner located somewhere in the northeast I was told, where at the time there was no sales tax on items purchased in the stores.  The store owner discovered he had a dishonest sales clerk working for him, who apparently, was not ringing up some of the store sales on the cash register and was pocketing the cash after a customer left the store.  For example, if the purchase was $5.00, the buyer might hand a five dollar bill to the sales clerk, take their purchase and leave, not expecting any change.  When this would occur, the clerk would not ring up the purchase on the cash register and keep the $5.00 bill on the sneak tip when the boss wasn't looking.  Losses were mounting and the store owner needed a way to prevent the theft and implemented a clever tactic to outsmart his dishonest employee.

To combat the theft at the cash register, the store owner used a tactic of lowering the price on a $5.00 item to $4.99, forcing the sales clerk to give change to the customer when given a $5.00 bill.  The customer would then stand with their hand out and wait for their change, and back then, a penny was worth waiting for.  In order to open the cash register drawer to get the change for the customer, the sales clerk would have to ring up the sale to get change from the drawer, thus keeping the clerk honest and effectively reducing the loss in store revenue due to theft.  The practice caught on locally and eventually it became the norm in many stores.  Eventually the pricing strategy became wide spread, but as time passed, the price was lowered not to prevent theft so much, but to give the appearance that a price was cheaper.

If this is true it was an ingenious way of keeping an employee honest, and even if isn't true , we'll still wait at the counter for a penny to see if the store clerk rings up the sale!

And that's the rest of the story...

This is an interesting story regardless it is true or not.  We can always learn something from the past and improve it to fit our today's lifestyle.

Rita - This story goes back as far as the 1930's according to the gentlemen who told it to me.  He is 91 years old today and still living the good life.

Hi Dan, Interesting story. I hadn't heard this before, but there is some logic to it. Back then, people did wait for their change. Today, often I see people say, "Just keep the change."  A sign of how times have changed, I suppose.

Yogi Berra said it this way "A nickel's not worth a dime anymore"!!!

Dan, this is pretty funny. If it is true, the store owner was one smart cookie! Does that mean when our clients want that 999 at the end of their price they are trying to keep us honest? I'm just sayin....

Dan - just wanted to pop by and say hi.  I also am impressed with your Blog here on AR.  I can't confirm this story but can tell you I enjoyed reading it.  Either way, true or not, there seems to still be value in the almighty penny eh?

I hear what you are saying Andrea!!!

Thanks for stopping by Brad.

Dan, That is an interesting story. Thanks for sharing it with us.

Sure Gary, Glad you enjoyed it.

Thanks for sharing this story, Dan...I never would have guessed that the pricing method could have been a result of not-so-honest cashiers! :)

Leilani - I wouldn't have thought it either.  It is a fascinating story to me - even if I can't substantiate it.  I love the cleverness of the store owner in the story.

I had never heard this one.

Judi - If it is true, the store owner was a marketing and sales genius.  A simple work around worked to keep the store sovent, inhibit further theft while helping to keep the employee honest and avoid temptation. 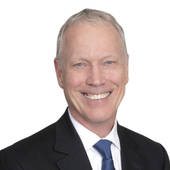 Real Estate Market Trends over 9 years ago
bookmark_borderbookmark
”Our sense is that home sales may have reached a l...
View more Recent Posts   arrow_forwards