Interesting Information.  Are we seeing a change in the direction of our current market?  read on...

According to the Commerce Department, sales of new homes rose 9.6% to a 433,000
annual pace in July; this was the highest pace in 10 months. The data points to
stabilization in the housing sector which has been in slump since 2005. The
median price of a new home decreased 12% to $210,100 from $237,300 in July 2008.
Sales of new homes were down 13% from a year earlier. "The housing market is
bottoming out,'' said Conrad DeQuadros, a senior economist at RDQ Economics. "At
the same time, it's not going to turn around very quickly.''

The Northeast saw a 32% rise in sales, while the South saw a 16% rise and the
West saw a 1% rise. Sales dropped 7.6% in the Midwest. There were 271,000 houses
on the market last month, down 35% from July 2008 and the fewest since March
1993. At the current sales pace, it would take 7.5 months to sell all homes.
Unemployment continues to remain a concern for the housing market. Analysts say
that housing recovery could be hit if unemployment continues to rise.

According to The Conference Board, its confidence index rose to a reading of
54.1 in August - after 2 consecutive monthly declines - following a reading of
47.4 in July. The Conference Board's measure of present conditions rose to 24.9
from 23 for the prior month. The gauge of expectations for the next six months
rose to 73.5 from 63.4. About 45.6% of survey respondents said that the business
conditions are "bad," and 45.1% said jobs are "hard to get." About 22.4% said
they expect an improvement in business conditions over the next 6 months, in
contrast to 18.4% last month.

The proportion of those expecting income to increase rose to 10.6% from 10.1%.
Approximately 5.2% of those surveyed said they planned to buy a car in the next
six months, up from 4.8%, and 39.0% said they expect to take a vacation, up from
37.1%. The index "appears to be back on the mend" after 2 consecutive monthly
declines, said Lynn Franco, a director at The Conference Board. "Consumers were
more upbeat in their short-term outlook for both the economy and the job market
in August," said Franco. The survey is based on a representative sample of 5,000
U.S. households.

Orders for durable goods rise in July; the largest in 2 years

According to data from the Commerce Department, orders for durable goods
excluding transportation equipment, rose 4.9% in July, the third rise in the
past four months. This is the highest increase since July 2007. Orders excluding
defense equipment increased 4.3%. Automobile orders rose 0.9% in July after a
0.2% decrease in June as factories at General Motors and Chrysler resumed
production after exiting bankruptcy proceedings.

In addition, the cash-for-clunkers program did its bit to boost auto sales.
Inventory cut backs in the first half of the year aided the recovery. Inventory
dropped at a record $141.1 billion annual pace in the second quarter after a
$113.9 billion decline in the first three months of the year. Companies reduced
inventories of durable goods by 0.8% in July after dropping 1.5% in June,
according to the Commerce Department. "Industrial output is moving forward,''
said Jonathan Basile, an economist at Credit Suisse. "You're going from
stabilization to recovery. Companies need to buy more, they need to order
more.''

The Obama administration's Office of Management and Budget says the economy will
contract by 2.8% this year, more than twice the earlier estimate made by the
White House. Christina Romer, Obama's economic adviser, says the economy would
expand in 2010, but by 2% instead of the 3.2% growth the White House predicted
in May. The White House has also raised the projected figure of deficits through
2019 to $9.05 trillion, nearly $2 trillion more than it projected earlier this
year.

That would represent 5.1% of the economy's estimated gross domestic product for
the decade, a higher level than is generally considered healthy. "This recession
was simply worse than the information that we and other forecasters had back in
last fall and early this winter," Romer said. Lawmakers have expressed concern
on the fiscal situation. "The alarm bells on our nation's fiscal condition have
now become a siren," Senate Minority Leader Mitch McConnell, R-Ky., said. "If
anyone had any doubts that this burden on future generations is unsustainable,
they're gone-spending, borrowing and debt are out of control." Stan Collender,
a budget analyst at the consulting firm Qorvis Communications, said: "It's
fairly clear that responsibility for these numbers doesn't lie with Barack Obama
but with the policies that were in place before him. But regardless of who's to
blame, it's undeniably Barack Obama's problem now."

Nothing absolute about absolute-return funds

How about a fund that promises the holy grail - positive returns regardless of
market conditions? Look no further than the so-called absolute-return funds
launched by firms such as Putman, Legg Mason and Invesco. As an investor, if you
are feeling skeptical, you have all the reasons to be. "This is classic Wall
Street," says Greg Schultz, a financial planner. "After the fact, let's make up
a product that people wish they had owned." These funds charge as high as 2%
towards management fee. For that kind money investors would expect fund managers
to beat the market by a handsome margin. According to Morningstar, the average
absolute-return fund lost 13.2% over one year and 5.8% annually over three
years.

They haven't produced positive (or near-positive) returns in all kinds of
markets, as some investors expected. Larry Swedroe, a principal at Buckingham
Asset Management, and author of "The Only Guide to Alternative Investments
You'll Ever Need" says hedge funds, as a group, have underperformed every major
asset class through the market cycle running from 2003 through 2008 and calls
absolute-return funds "a triumph of marketing."

Tags:
homes sales on the rise 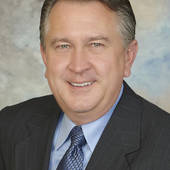