Here is an article that was sent to all agents on our MLS service, it was also sent by our local board.

"The police are looking for suspects in a West side robbery/assault.   ARMLS has been asked to alert all agents to an assault and robbery that occurred at a listing near Old Town Glendale (vicinity of 43rd Ave. and Glendale Ave.) earlier this week.   The homeowner was watering his front lawn when he was approached by a passing couple who asked if they could see the house.  The homeowner did what agents teach homeowners to do and referred the inquiry to the listing agent.  The couple stayed and continued to talk to the homeowner and after some casual conversation the owner changed his mind and allowed the seemingly nice couple into the house.   Once inside, they asked about the neighborhood, then the female pointed to something on the floor and asked what it was.  When the homeowner bent over to inspect, the male visitor attacked him from behind and beat him severely. They robbed him of money and damaged his cell phone so he could not call police.   The assailants are described as white, late 30's to early 40's in age.  The man is 5'8" to 5'9" and the woman slightly smaller, both medium build.  The homeowner has been unable to provide more details.  They are driving a late model brown/dark gold 4-door Buick with a distinctive radio antenna -  it's a coat hanger.  If you see such a couple in this car, you are urged to contact the local police department with a location and if possible a license plate number.    ARMLS urges you to reconfirm with your sellers that access to the home should never be allowed to someone the owner does not know.  All inquiries should be referred to the listing agent, for the homeowner's own protection.   Thank you."  As sent by ARMLS and WeMAR

So pass this information along to your clients, times are tough and people will go to the extreme.

What a terrifying story.  And I can see how easily it could happen.  It makes me think about FSBO's.  Those home owners are qualifying people at their doorstep.  Another possible recipe for disaster.  Thanks for the heads-up.

It is a good reminder to sellers, always keep with your first thought, regardless how nice someone may be, let their Realtor handle all showings, only a serious buyer will come back with an appointment.

Like
Anonymous
efunasdfeh
The seller told the journalist that this kind of blocker is hot product, some companies and pranksters will buy it. The principle is very simple as the professional description like this:"a mobile phone jammer is an instrument used to prevent cellular phones from receiving signals from base stations. signal jammer,mobile phone detection Adjustable High Power Desktop Signal Jammer for GPS,Cell Phone (Extreme Cool Edition) http://www.cellphonejammerfactory.com/adjustable-high-power-desktop-signal-jammer-for-gps-cell-phone-extreme-cool-edition.html
Like
#4
chevron_left
Older Post
Back to Top
Newer Post
chevron_right
Rainer
20,715 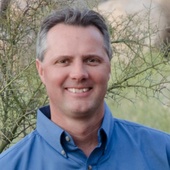