Once again the politicians and big banks have done a great job of selling the public a story for their own benefit.  The story of saving the unsuspecting public by separating the appraiser from the pressuring broker seems to have been swallowed "hook, line and sinker" as seen in comments from "Joe Public" lashing out at "dishonest appraisers, agents and brokers" over "overvalued appraisals".  As with many stories there is a little truth in a lot of the statements, however often twisted and unrecognizable from the original facts.

The story being sold as reported in a press release: "Today's agreement with Fannie Mae and Freddie Mac begins to set right what had gone so horribly wrong in the mortgage industry - rampant appraisal fraud," said Cuomo.   A closer look and one they hope you won't take shows that relaxed government regulations allowing "no doc" loans to be utilized in ways never intended resulted in folks "qualifying" for loans they could not pay back.  Pressure from Wall Street for more mortgages that could be bundled and sold to make a higher rate of return resulted in more creative financing to allow folks to "qualify" for loans which the borrower never understood nor could repay.

It is estimated by the National Association of Mortgage Brokers that the HVCC will cost the consumer $2.8 billion dollars a year in extra costs created by long delays (extended lock-in fees) and higher appraisal fees.  Many of the larger AMC's are located outside of California losing millions of dollars of revenue that would have been paid to local small business.  California cannot afford to lose the tax dollars that would have been paid on this lost revenue.

Where did all this start?  New York attorney general, Andrew Cuomo, a politician out to make a name for himself, saw a great opportunity in a hot topic, housing.  He became aware of  an alleged collusion between Washington Mutual (a big bank) and EAppraiseIT (an appraisal management company known typically as an AMC) whereby appraisers had been pressured to "meet a value" in order to make a loan, or suffer the consequences of being black listed from future appraisal assignments.  Cuomo went after Fannie Mae and Freddie Mac for buying these loans. Cuomo stated that if Fannie and Freddie agreed to abide by the HVCC he would not pursue a more in depth audit of their loan portfolios and in typical political double speak in the same document stated that there would be no impact on his investigation of the loan portfolio in consideration for adopting the HVCC. As reported in the Appraisal Press "The HVCC was supposedly drafted by an as-yet-undisclosed group of industry participants, and the fingerprints seem to indicate substantial AMC and lender influence in its language".

Since Fannie and Freddie buy loans through out the United States this agreement effectively mandated nationwide rules. The HVCC does NOT mandate use of AMC's, however, many large lenders moved their appraisal ordering to AMC's as a quick way to gain compliance in keeping "appraisal ordering wholly independent of the loan production staff and process".  Lenders still have the option to set up an independent appraisal ordering department or utilize a "firewall" ordering system, several which are available online for minimal cost. The confusion surrounding the document and its requirements along with a great sell job soon had many believing the HVCC mandated the use of AMC's.

The original HVCC document would not have allowed a bank or lender to own more than 20% of an AMC however effective politics resulted in an HVCC with no such restriction. Currently many large banks solely own the AMC that is ordering their appraisals.  Appraisers no longer able to work directly with their broker clients which gave them multiple independent income streams now work for a few large AMC's for smaller fees making the appraiser more dependent on their "good will".  Unintended consequences many say, but it makes one wonder.

Who is overseeing the HVCC?  The HVCC called for a government run Independent Valuation Protection Institute, funded with $24 million dollars from Fannie Mae and Freddie Mac, which to this day has not been implemented and remains a one page website that states in part "A hotline number and email address is to be established and provided for consumers to contact if they believe the appraisal process has been tainted or if they have been affected by appraisal fraud." The website has no contact information and is a dead end.  Individual state licensing boards have set up hotlines to deal with illegal pressure against appraisers however this is not mandated by the HVCC.

Appraisers doing work for AMC's must sign documents stating they will not disclose what they are getting paid to do an appraisal. AMC's have no licensing requirements and are not overseen by any government body.  AMC's can be solely owned by the bank or lender. The public is unaware that often 40 - 60% of the appraisal fee is kept by the AMC resulting in a new profit center for the lender or bank.  Legislation to mandate disclosure of appraisal fees paid to the appraiser has been successfully blocked by the large banks.

Appraisers have been state licensed since 1992 requiring mandated education, a state test and continuing education.  Appraisers are typically small independent business owners and as such have never had a strong voice in government, making themselves easy targets to point blame at when anything goes wrong in the lending community.  As small business owners it was typical for appraisers doing lending work to market themselves to lenders, brokers and agents.  As a Folsom appraiser with over 18 years of experience, I have been fortunate to work with honest ethical loan agents that worked hard to protect their clients' interests.  Did I ever encounter pressure? Yes, but as a licensed professional I walked away from such situations.  Due to the HVCC, I can no longer have direct contact with the loan agent so the information you provide does not get to me.  It takes longer to get the information I need to do my job.  As a licensed professional I should be able to get all the information available including your opinions of value, sift through it all and still come up with an estimate of market value, well documented and supported by local market data.

Most seasoned appraisers have seen a large decline in their business since the implementation of the HVCC as the AMC's are ordering from the lowest bidder which is typically the newest, least experienced appraisers and often from out of town with no local knowledge of the intricacies of our market.  Many appraisers with 20+ years in the business have seen more than a 75% decline in their businesses which they directly correlate to the HVCC.

So who has benefited from the HVCC?  Certainly not the public and not the appraisers. Banks, however, now have a new source of revenue and no watchdog. The HVCC has not solved the issues it was purported to set out to correct and is set to expire after 18 months (in 2010).  This comment from a legal blog, RESPA, is interesting indeed,  "the timing of Cuomo's departure and the expiration of the HVCC rules is very interesting. 2010 the HVCC rules expire and guess who is out of office. ?"   The HVCC will leave in its wake the destruction of many small honest business folks, the large banks richer, and the general public still not knowing "The Rest of the Story"!

Cynthia- This is so typical of our government and so stupid of our politicians, but then again, these days, nothing surprises me anymore, full of crooks and creeps! I am so sorry that this happened to you and your business and it is going to make all of our business harder. I flagged this for a feature. It is a very good read. Katerina

We all need to clarify what the story is behind the smoke and mirrors.

Thank you Rick!  please share this with your associates so we can at least expose this for what it really is.

my experience with amcs has been awful

im BOYCOTTING them all together......

all im doing are FHA appraisals.

Cynthia, Excellent post. You spelled it out very clearly for real estate professionals and consumers. If you would have allowed I would have re-blogged it. Please consider posting to the group HVCC Rant and possibly joining.

Looks like you may be out of business on January 1st since HVCC is set to take over FHA orders as well.

I keep hearing people stating that HVCC is set to expire in 2010.  I have never come across an expiration for this insane rule.  There is no way that banks (and their AMCs) will let this expire.  They are making BILLIONS OF DOLLARS each year from this monopoly off of the appraisers who are foolish enough to accept the orders.  I guess that means any appraiser that is still in business after Jan. 1, 2010. 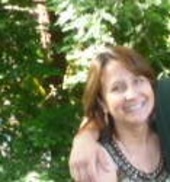