Our consumer uses Social Media, they do so greatly, and they are not kids.

It is no secret that the real estate industry can sometimes lag behind the latest trends. However, this time around, real estate agents and brokers really caught on and understood the value that Twitter had to our business, early on - at least when the mass public did.

If there is any other industry that lags the consumer it may be old media and even they jumped on Twitter feverishly.

I believe twitter was the first site where almost every major news portal jumped on board, gung-ho. Unlike facebook and myspace, where mass media saw it as a feeding ground for inappropriate activity and initially decided to stay away. By the time they realized what was going on Rupert Murdoch bought MySpace and Facebook was positioned to take on the world.

Old media, for that matter, the old economy, learned the lessons of not staying on top of technology and letting bloggers and others get their audience eyeballs. So with Twitter, these industries did not want to let their audience get more diluted and distracted, so they all went on and promoted it. From CNN to the NYTimes, etc - all twitter and ask to be followed. This also subsequently brought more mass media appeal and expanded twitters reach. Obama and his campaign were also early adopters of twitter, further growing its base.

Besides the reasons stated in the NYTimes articles, the real reason why twitter hit it big with adults is easy - TWITTER is easy! Who can't write 140 characters? Or click "follow", the barrier to entry is way low, and you don't need to put yourself out there like you do on facebook. On twitter you can just "watch" - on facebook you need to be heavily involved, adding, requesting, blocking, accepting, updating, yadda, yadda, yadda.

I suppose the bottom line is that technology that is easy to use and viral, with limited barriers to entry will succeed with all age demographics. Having mass media appeal and making people's lives easier to connect or spread the word seemingly can help lead to success.

Trulia also has a rich target demographic - over 66% of our users are over 35, over 40% earn over $100K and over 80% are college graduates. These stats come from Trulia user surveys.

Is there anything you can do to "twitterize" your business? Have you made it easy for clients to connect with you? Are you engaging in conversation on platforms Trulia voices? Do you actually engage, or do you just broadcast like old media? 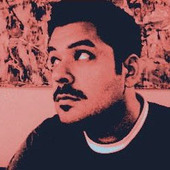 Blog? SEO? CRM sure I got that! Trulia, tech and real estate - no problem! tips and advice as straight up as possible.