Reverse Migration According to a recent Wall Street Journal report, the U.S. Census data shows central-city populations in U.S. metropolitan areas with more than 1 million people grew at annual rate of 0.97 percent between July 2007 and July 2008 -- the highest rate in many years. "Households are growing in most cities," observes John Norquist, president and chief executive officer of Chicago-based Congress for New Urbanism and past mayor of Milwaukee, Wis., a job he held for 15 years. "The population of bigger cities may still be declining or stable, but that's because the households, which are increasing in number, are getting smaller. A single person or two adults live in a residence instead of a large family." There are hard economic reasons for this trend, the key one being the escalating cost of commuting. Despite 30 years of rising gasoline prices, it was still relatively cheap for Americans to fill up at the pump compared to folks in most other countries. But the touchy-feely reasons for this reverse migration trend are: young workers want to be where the action is, not in a remote suburb; companies are following the movement of knowledge-based workers to be where they are; and retirees and near-retirees have rediscovered the joys of living urban.

Thanks for the interesting observations, Victoria!  Many cities have created generous enterprise zones to rebuild the crumbling inner cities and by offering property taxes that are now lower than many of the affluent suburbs surrounding the cities.  I enjoyed reading your post!!!

ps--I do hope we don't get back to those gas prices over $4 per gallon like a year ago!!!! 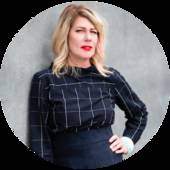 Realtor, Victoria Posthuma shares Lifestyle, Community, Culture, and Real Estate News--in that order. Victoria's philosophy is, this is the order in which you should choose a place to live. Welcome to The Coastal City District. Realtor Victoria Posthuma in sunny Southern California shares with passion and insight this unique coastal region. A full service, independent brokerage specializing in urban living, lofts, vertical high rise, and unique historical properties. Southern California has a unique vibe. It's both Urban Edgy and California Coast Laid Back. There is an amazing, lush mix of architecture. A Large City with the sensibility of a Small Community. Victoria loves living here. Allow her to show you why.