Last week I had the pleasure of attending the Keller Williams Realty Mega Camp in Austin Tx.  This is an event where top real estate agents from around the country come for training and inspiration.  I only got to stay for two days because I had to leave home for a family emergency, but what I learned will stay with me for a lifetime.

Lesson 1 : When you resolve to put your family first, it means that you are saying NO to some other things.  And that's okay. You can't do everything so just do the things that are most important for your family. - Gary Keller

Lesson 2 : Much of our unhappiness comes from choosing not to be where we actually are. - Coach Michael Bastian

Case in point: Our youngest son is a worship leader at a church youth group.  The church is 40 minutes from my house during traffic and he can't drive yet. So what does that mean?  That someone has to take him there and bring him home, usually two nights a week. Since it's so far away, it really doesn't make sense to take him there, come back home, and turn around and go back an hour later. That means a lot of waiting!

As a parent of a child who has committed himself to ministry, I feel a huge responsibility to get him places that he needs to be so that he can grow into what God is growing him into. The conflict has been this: I really don't want to have to spend about 6 hours a week driving him and waiting for him. Even though I take him, my subconsciuos choice has actually been to be at home.  So, I'm choosing to be at home.  I'm not at home. Hence the irritation.

My aha came when I realized that #1: By putting him first, I am saying no to some other things, namely being at home 2 nights a week. #2 When I make a conscious choice to take him there, choosing to be there instead of being at home, my conflict is resolved.

So, last night I made a choice to be where I was...killing 2 hours on Nolensville Road in Nashville.  And you know what? I had a quiet dinner, did some shopping and caught up on sending some thank you notes. Instead of resenting the time that I was spending, I embraced it and worked with it.  Choosing to be where I WAS instead of where I WASN'T.

What I learned at Mega Camp had something to do with real estate and coaching somewhere in there, but every thing to do with life.  That's one of the things I really love about our company...its about life first and business second.

So if you live anywhere near the Nolensville Road/Old Hickory Blvd area and you aren't busy on a Tuesday or Wednesday evening, give me a call! I'll be around.

I always take work with me when I know I will be waiting. Case in point, open houses. I never get bored as I always bring work with me. I can get alot accomplished and don't feel bad if no one shows up.

Great way to break down the reality of your life.

Did you also learn that Texas is not quite the place to be in the hot hot of the summer!  We've had 67 days over 100 degrees here, and we're about to break the record set in 1925 of 69 days!

@Susan, you are so right...I had been taking work with me before this.  I think the difference for me came when I embraced the choice that yes, I will be here.  Then I wasn't upset that I wasn't at home.  Sounds like you are doing the same thing at your open houses.

@Donna, Whew!  Yep, its August...It's Texas...what was I expecting???? Not sure how y'all Texans manage that.  Of course they say it's a dry heat, but I think that's baloney.  Hot is Hot!

Beth - Stick it out with your son. You know that some day he will ahve car keys in his hands, and you will have plenty of time to do things at home.

Larry, you are so right.  It's only 126 days till he gets a driver's license and then I am going to wish he wasn't out on the road!

Yes, I now have a grown son, and an almost 15 year old daughter. I have no regrets on the time that i was able to spend with these children.  You will also, never regret having spent time with your child, just talking on your way to and from his appointment.  Enjoy, he will soon be grown.  Nice blog.

An interesting thing happened this week: One of the youth leaders who had stepped away has come back and is working with the band.  He lives 1.5 miles from my house!  Now I drop my son there and John blesses him (and me) with a ride.  Amazing how God works! 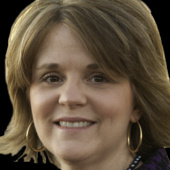