Thanks to Sheila Moran of RE/MAX Access in San Antonio, TX, for this great post - and for allowing me to re-blog it. I definitely choose not to participate in this recession - how about you?

Recession 101:  What if nobody participated?

Driving along a cut away street on the North East side of San Antonio I curiously came across these billboards.

I couldn't believe my eyes and stopped the car and photographed each and every one.  I'm sure I was a spectacle to the cars driving by.  I hope the billboards were also a spectacle.

I was so pleased that someone was out there putting positive words out to the masses.

It was then that I read the story of how these billboards came to be.  An anonymous donor wanted to remind Americans to collectively "take a deep breath".  Have you ever heard of such a thing?  Not me.  Do I like it and appreciate it?  You bet.

The entire campaign is geared to raising Americans spirits and lift them up according to the website:  www.recession101.org  or you can catch them on twitter:  twitter.com/recession101

I tell you that morning there was nothing better than seeing these uplifting words "up in the sky".

To anonymous donor, I thank you.  I'm sure many Americans would also give a "collective" sigh of relief too.

Either we participate or we don't. Hi Gebhardt Group, thanks for sharing such un uplifting story and I believ it will have an impact on everyone seeing it, in realy or over the internet. Have an uplifting Day

I came to see what other reponses you received off of the referral post....and look what I found.

As we say in Texas, "well, thank you darling for the re-blog" !

Hi, Barbara! I thought this was a great post when I read it on Sheila Moran's blog. I usually don't re-blog unless I think it's really worth it - and this one was!

~Have a great night!
Maura Neill 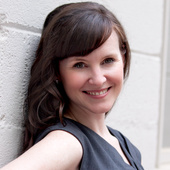