Due to severe nut allergies and the dangers involved to children with nut allergies, Fairfield Public Schools are keeping nuts out of their schools.  (Now if you ask me I still see plenty of nuts running around but, that's just my own opinion).

At the Fairfield Board of Education's meeting on August 25, 2009, Dr. Mary Kildow, Superintendent of Schools, explained that allergic reactions can be a life-threatening situation for children who are afflicted. Those who are severely sensitive can react even by simply touching nut products or their residues.

For those residents who did not attend the August 25, 2009 meeting did not know that such a policy was even being considered nor did many know that it was in effect until an article was published by our local newspaper, The Progress on August 31, 2009.  Subsequently thereafter the parents of children in the Fairfield schools received letters from the Superintendent advising parents that nut related products will not be allowed in school and that Maschio's Food Services, who handles the district's HSA sponsored lunch program, have revised their menus to adhere to the nut free environment policies [to keep the nuts out of Fairfield Schools] approved by the Fairfield Board of Education.

For those parents of children with nut allergies, this is just one more reason why you should move to Fairfield.  However, parents of children who will only eat peanut butter and jelly for lunch and want to live within the West Essex Regional School District have the choice to live in neighboring towns of North Caldwell and/or Essex Fells or the alternative, find your child a new favorite food!

Proudly Serving the Communities of West Essex and a Resident, too,

Seems to becoming a big deal in schools.  I can't remember a single kid who had a nut, milk, or gluten allergy when I was a kid but now it seems like one out of every 3 does.

Gina: Great local happenings postings. That nut thing is really ripe for the picking. I don't remember nut allergies being a big issue when I was growing up in the 70s-80s.

Gina this has been at our schools over 2 years...on the other hand my pediatrican just told me to start my 6 month old on peanut butter early because they seem to think that withholding it has helped aggrevate the allergies to these extremes.  I think they may have something there and as soon as I muster up the courage I will be giving my baby nuts!!

I just recently heard about the "nut" situation! It's nuts! How things change!

Gina - After I saw the title of your post, I thought there was a serious problem with oddballs prowling the schoolgrounds.  Happy to see that it was actual nuts, not the other kind.

Now all Fairfield has to do is convince parents whose children have nut allergies that they can make a good living there. 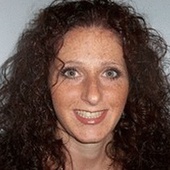