The first Friday of every month, the prior month's Jobs Report is released. This report has two parts: jobs created/lost and unemployment percentage.

We all know that real estate goes the way of jobs. If the local job market is good, then real estate is good, and vice versa.

Below is the analysis of the real Jobs Report story.

Today's Jobs Report for August was released at 216,000 new jobs lost during the month. Only a fool will think that 216,000 jobs lost is a good number just because 230,000 jobs losses were expected. The highly flawed Jobs Report data, which is certained to be revised time and again, will almost always underestimate losses during economic declines because of birth-death ratio averaging.The last few Jobs Reports were revised to show 50,000 additional job losses, yet this number is rarely in the headlines. The previous monthly Jobs Reports will be revised again as the true data is released, but only the last two months of revisions are shown.

Basics: the US needs to create 130,000 new jobs per month, just to keep up with population growth.

The only reliable part of the Jobs Report is the unemployment percentage because it is an actual survey where roughly 60,000 households are contacted. This number jumped to the highest number in 26 years, 9.7% versus last month's 9.4%. This is more than double the unemployment rate of two years ago. It is much higher than the 5.6% average of the last 40 years. An alternative measure of unemployment are the number of Americans willing to work full-time but forced to work part-time because nothing else is available rose to 16.8% versus 16.3%, the highest on record since 1995. Total jobs lost since the recession began in December 2007 rose to 6.9 million, the largest decline since post-WWII.

Analysts, commentators and government officials are parading around on air trying to tell us that this is a good Jobs Report. Their desire to see economic recovery is outweighing the ability to see the jobs data for what it is: troublesome.

The small bright spot is that all of the attempts to spur the economy are keeping inflation concerns at bay, which is keeping mortgage rates low. This is the time for investors and buyers to win some of the great deals that are available in the local real estate markets.

Be sure to work with true professionals in the mortgage and real estate industry as you navigate the waters. My weekly mortgage market newsletter and additional articles can be found at www.mortgageequityteam.com. 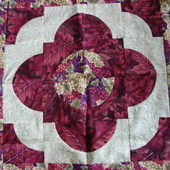