Labor Day History in the USA

As the Industrial Revolution took hold of the nation, the average American in the late 1800s worked 12-hour days, seven days a week in order to make a basic living. Children were also working, as they provided cheap labor to employers and laws against child labor were not strongly enforced.

With the long hours and terrible working conditions, American unions became more prominent and voiced their demands for a better way of life. On Tuesday September 5, 1882, 10,000 workers marched from city hall to Union Square in New York City, holding the first-ever Labor Day parade. Participants took an upaid day-off to honor the workers of America, as well as vocalize issues they had with employers. As years passed, more states began to hold these parades, but Congress would not legalize the holiday until 12 years later.

On May 11, 1894, workers of the Pullman Palace Car Company in Chicago struck to protest wage cuts and the firing of union representatives. They sought support from their union led by Eugene V. Debs and on June 26 the American Railroad Union called a boycott of all Pullman railway cars. Within days, 50,000 rail workers complied and railroad traffic out of Chicago came to a halt. On July 4, President Grover Cleveland dispatched troops to Chicago. Much rioting and bloodshed ensued, but the government's actions broke the strike and the boycott soon collapsed. Debs and three other union officials were jailed for disobeying the injunction. The strike brought worker's rights to the public eye and Congress declared, in 1894, that the first Monday in September would be the holiday for workers, known as Labor Day.

The founder of Labor Day remains unclear, but some credit either Peter McGuire, co-founder of the American Federation of Labor, or Matthew Maguire, a secretary of the Central Labor Union, for proposing the holiday.

Although Labor Day is meant as a celebration of the labor movement and its achievements, it has come to be celebrated as the last, long summer weekend before Autumn.

Looking for a new job?  Texas has them.  Thinking of buying a home in Farmers Branch, Addison or Dallas, TX?  Then call me to look for your perfect home now.

Shoot me an email at joyce@benoitworld.com or just call me for an information package about Farmers Branch, Addison, Dallas, TX real estate or homes for sale.  Come for a visit.....stay for a lifetime!

Hi Joyce... Thanks for the history lesson.  That's something I love about ActiveRain, I always learn new things.  Have a great Labor Day weekend! 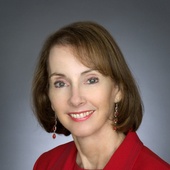