RISMEDIA, September 2, 2009-(MCT)-Seniors battered by the tough economy are selling their life insurance policies to replenish their retirement nest eggs.

Unlike younger investors, older adults may not have the time to wait for the market to recover all of their losses, so they're turning to this previously overlooked asset to see whether they should sell it and use the money to pay medical bills or other expenses.

Seniors sold life insurance policies with a face value of $11.8 billion last year, almost double the value of policies sold just two years earlier, according to the U.S. Senate's special committee on aging, which recently held a hearing on such transactions. A "life settlement," as a sale is called, may be an attractive option for seniors who determine they no longer need their life insurance policy, said Doug Head, executive director of the Life Insurance Settlement Association, an industry group.

Policyholders typically sell their insurance through life settlement brokers to investment companies for lump sums that are usually several times greater than they would receive if they surrendered the policies to the insurance companies, he said. The new owners pay the remaining premiums on the policies and become the beneficiaries when the original policyholders die.

But a life settlement doesn't always make sense, insurance experts caution, and seniors considering such a sale should consult with an independent financial adviser to figure out whether it's the best move for their particular circumstances.

"If you're thinking about selling your life insurance mostly because you're strapped for cash, there may be other ways to tap the value of your policy without losing your coverage," said Houston lawyer and insurance expert David McDowell. "You may be able to take out a loan against your policy or receive a partial payout through an accelerated death benefit," he said. "It's worth visiting with your life insurance agent and exploring the options before sacrificing your coverage."

The life settlement business grew out of the AIDS crisis of the 1980s. In what were called viatical settlements, people living with AIDS sold their unwanted life insurance policies for cash they often used to cover medications or treatments.

As medical breakthroughs extended the lives of many people with AIDS, the industry shifted its focus from the terminally ill and toward seniors in their mid-60s or older, said Scott Gibson of Lewis and Ellis, an actuarial consulting firm in Richardson.

"The best candidates for a life settlement are now people in their 70s or older who have a life insurance policy valued at $500,000 or more that they no longer need, perhaps because their spouses have passed away," Gibson said. The industry hit a bump earlier this year as capital dried up. But now that investors are returning to the market, buyers' offers for policies have improved, said Russel Dorsett, co-managing director of the Select Life Settlement Corp. in Houston.

Though the amount that seniors receive for their life insurance will vary depending on their age, gender and overall state of health, the average payout today is slightly less than 20% of the policy's death benefit, he said. "That's still three or four times more than they'd get if they simply surrendered their policies to the insurer," Dorsett said.

Bill Clark, managing director of the Clark Financial Group in Frisco, said he sees a number of circumstances in which older policyholders may want to consider a life settlement as part of their retirement and estate planning. "A policy may not be needed anymore," he said. "The beneficiaries may have become financially independent and aren't counting on the policy's proceeds, or the policyholder determines the estate no longer needs life insurance to pay death taxes."

As more people become aware of life settlements through financial planners, Clark said, more policyholders will at least check out the price they could get for an asset they once regarded as virtually untouchable until death.

Still, selling a life insurance policy is often a complex transaction involving time and paperwork, so consumers should turn to financial advisers who know the risks, said Ana Smith-Daley, a deputy insurance commissioner for Texas. "An independent adviser can help you decide whether selling your policy is in your best interest," she said. "If it is, the adviser will probably call on a broker to shop around your policy to determine what kind of price it will fetch."

Seniors also need to understand that their medical records will be examined as part of the sales and that the buyers of their policies will occasionally check on them to determine when to collect the death benefits, she said.

Smith-Daley said sellers may also pay taxes on the proceeds from a life settlement and lose their eligibility for Medicaid or other government benefits, so anyone contemplating a sale should consult a tax adviser or lawyer. But even with those considerations, industry officials expect life settlements to exceed $100 billion over the next couple of decades as boomers convert unwanted or unneeded life insurance to cash to bolster their lagging savings.

"Under the right circumstances, it's a viable and valuable option that will only become more popular," Gibson said.

What to consider before you sell your life insurance:

PROS:
-You have no other assets and need the money.
-Your beneficiaries don't need the death benefit.
-You can't afford your premiums anymore.
-Your payout will be higher than your policy's cash surrender value.

Note: To find out more about life insurance policies or evaluate your current policy, call me.  I have a preferred partner that can help!  - Trecia Cooke- 832-797-6153 or Trecia@TreciaCooke.com 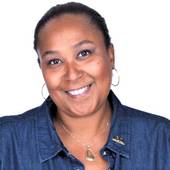