San Antonio, TX adding more jobs!  It's a great place to buy real estate for a home or an investment!

This comes after a long-rumored relocation of a Tacoma truck production line from California to Texas was confirmed Thursday night by county and city officials.

TMMTX says those interested can log on to its partner’s (Aerotek) Web site to start the application process.

Local government leaders said at least a thousand jobs at the expanded plant plus hundreds more from Toyota's suppliers are expected.

Toyota will be ceasing operations in March at its Fremont, California plant and start manufacturing here soon after. 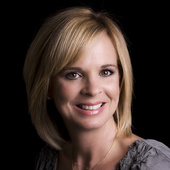