The biggest tip I have learned about recently is: unplug your cell phone charger from the wall when not in use. The charger still uses electricity while plugged in even if your phone isn't plugged in. This is true with a/c adapters for your laptop too.

Energy Star office equipment can save as much as 90% on some products. You need to use the power management feature to take advantage of the energy savings.

Screen Savers do not reduce energy use, use the sleep mode or turn off instead.

Energy Star computers use 70% less electricity than computers. They also use 4 watts or less when in the sleep mode.

Laptops use less energy than desktops.

Appliances such as TV's, vcrs, dvd players, kitchen appliances all use energy when plugged in even though they are not turned on. Of course, unplugging your stove will cause the clock to turn off, but would be interesting to see which appliances when unplugged reduce your electricity bill.

Use Power strips and then turn them off. That way you do not have to unplug every time you are done with appliances/computers/chargers.

Susan, your on target with these tips. I don't follow them like I should but if I did we would save energy as well as money. Thanks. 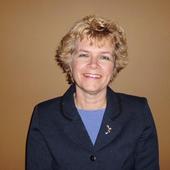