I just finished reading a blog from Jeff Turner in which he described an encounter with a restaurant owner back east and it struck a nerve with me. It got me thinking about how I could make a difference in someone else's life just by sharing an experience I had with them.  So I'm driving along listening to KHTS 1220 A.M. the hometown station here in Santa Clarita and they announced a local contest in which you vote for someone you think is a local hero. Which only ingrained this thought in my mind.  (Disclosure: I was a former guest-host on the Santa Clarita business hour a show on this station).

There are hundreds, thousands of people that I encounter in life that are unsung heroes.

They quietly go about their business doing small gestures for others and not looking for anything in return.  So I am going to make it a point to highlight those individuals that in my opinion make the (SCV) Santa Clarita Valley in California great!  The first person that comes to mind is Kirk of Plumbing by Kirk,  I don't know Kirk personally we met briefly at a SCV Chamber of Commerce meeting,

I had a minor plumbing problem in my kitchen some time back.

I called Kirk and explained the problem I was encountering.  I am assuming another plumber may have said "fresh meat" I'll charge my usual house-call fee.  Once there I will knock this out in 10 minutes and laugh all the way to the bank.  But not Kirk, he began by asking me to explain my dilemma (Over the phone) "sounds like it could be this" he asked me to get under the sink and he began walking me through to the solution. He began by asking me to locate this and do you see that , turn that in this direction and remove, etc...  Clog fixed, problem solved!

To make a long story short he solved the plumbing problem I was having.

I'm pretty handy and it was such an easy fix it was embarrassing.   Kirk took the time to walk me through the whole process and once I was done  I asked "what I owed him for his time" he said Nothing.!!  " Just call me when you have a real plumbing problem".  This may seem like a small gesture but I was blown away.  So to begin my own personal version of unsung heroes in the SCV I will begin with Kirk from plumbing by Kirk

I know many of you may ask, so what, whats the big deal!

It's not like he ran into a burning house to save you or something.  Your right, but it was one human being extending a hand to another with no expectation of receiving anything in return.  I have encountered many individuals and businesses who have the "me,me,me, in the SCV" mentality.  So a random act of kindness from a total stranger stands out to me.

A light bulb went off in my head

So up until now, I haven't returned the favor.  My plumbing is relatively new so the likelihood I need Kirk to solve a plumbing problem in the near future is remote at best.  So I got to thinking after a little help from other rainers. Will an unsolicited testimonial which will likely be posted in the first few spots in a google search help? Need I say more?

Thanks again Kirk you are one of those unsung heroes I have encountered here in the (SCV) Santa Clarita valley in California.

Groups:
Tributes and Kudos From the Heart

Great story and subject matter. Random acts of kindness! Sadly they are all to random....but I guess that is why they are called such.  What a better world we would have if "one" random act of kindness was on our "things to do list" every day.  This also makes me think of the concept...pardon my mental block....pay it forward? Do something nice for someone and then they are required by the act to reciprocate their appreciation to not you but others.  Great sense of community and brotherhood concept.

"What a better world we would have if "one" random act of kindness was on our "things to do list" every day."  What an awesome idea!!!  We get so caught up in our own little worlds (myself included) that we take for granted those that do step up and do things above and beyond or just do a "random act of kindness"  We as a culture glorify and look up to celebrities, some of our youth aspire to be a "Paris Hilton", Britney Spears.  GREAT ROLE MODELS!! We have our own celebrities who live amongst us, I made a commitment to myself that day to highlight those "Stars" within my community.  People like Kirk and others are the true role models.  I chose to put them in the spotlight.  They deserve to be recognized, it is my way to "Pay it forward"  Thanks for taking the time to share your thoughts Ron...

This sounds like a great company. If all small business people would do the same thing, by returning phone calls and answering emails in a timely fashion, we could all accomplish much more.

Your right we all could accomplish more. 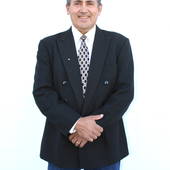 almost 13 years ago
bookmark_border
How I became the wealthiest man in town (Part 3 of ...
View more Recent Posts   arrow_forwards