At the end of last year, when the change over to digital TV was imminent, I decided to come into the 21 st century and dump my cobbled together stereo system and 400 pound television (well, it FELT that way) and call in a professional. I mean, who isn’t wooed by the idea of a flat panel TV with sound streaming through quality audio speakers and the ability to play my ipod in sync with cool pictures streaming on the TV screen during a party?

So I did what any self respecting Realtor does…I asked a Realtor for a recommendation! Another agent in my office had just done the same and she was thrilled with her set up. I enthusiastically wrote down the number for “her guy.”

Rich Dlesk of Audio Video One in Chapel Hill, NC was happy to come over and sit down with me and talk about my options. By the time he left after our first meeting I was already so impressed I would have turned over a blank check! What did he do? What DIDN’T he do!

First, he LISTENED to me. He asked how I live in my house; when did I listen to music and in what rooms; did I watch movies and in which rooms. He wanted to know if I had friends over for televised sporting events and in what other ways I used media to entertain. He wanted to know if I had considered plans for future expansion of the system, say, should I ever make an addition to the house!

Second, he EXPLAINED how all this high tech stuff needs to work together and how it sometimes doesn’t just because the manufacturer says it should. He explained WHY that is and the best way to ensure that I didn’t end up with components that wouldn’t “talk” to other components or equipment that was not going to be used to its best ability if I didn’t have other equipment it requires.

Third, he OFFERED to design several possible systems that he felt would work for me and then SUGGESTED that there were some other cool options out there that I might like and which he would be happy to include BUT he would design the system in such a way that they could be added later if I didn’t want to come up with the cost all at once.

Lastly, he ASSURED me that he would seek out the best deals he could on the equipment he would be suggesting and made it clear that he had relationships with vendors of equipment that he had PERSONALLY tested and would vouch for the quality. His GUARANTEE was a year of FREE service to be sure I knew how to use the equipment AND that it was configured in a way that worked well for me.

Let me just say that the whole process was pleasant, informative, educational and made me feel like a valued customer. I love my system and Rich delivered just as he promised he would that first day. When my clients and friends ask me if I know someone who can set up an audio/video system for them I tell them to call “my guy” Rich Dlesk.

See that’s the thing about real estate agents…we not only network for referrals, we network for the awesome folks who become our go-to people whenever a client asks “Do you know anyone who…?” Yes, I do!I know lots of folks who are great at what they do…and hopefully that’s part of what makes me the one you recommend when someone says “Hey, do you know a great real estate agent?”

Groups:
It's all about them (ThemThem)
North Carolina Real Estate
"Whacked"!!! 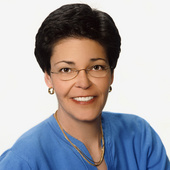 "I have over 100,000 hours of real life NC real estate experience and I am not afraid to use it to help my buyers and sellers successfully achieve their goals!" Malcolm Gladwell’s book OUTLIERS, says "10,000 hours of practice is required to achieve the level of mastery associated with being a world-class expert – in anything." SarahGray Lamm exceeds that 10 times over!