Home > Blogs > Jonelle Simons > Jonelle's Blog
bookmark_borderbookmark
This video is a good, simple terms idea of what the "public option" really is, to follow up on my post from yesterday. It's less than 2 minutes long - Please take the short time to watch it, and feel free to comment with your thoughts if you want.
Like favorite_border
favorite_border 0
Re-Blog
repeat 0
bookmark_borderbookmark

Jonelle, why wouldn't it make sense for insurance companies to cross state lines and form huge groups - like phone companies do, cable companies? I agree the pharmaceutical companies and insurance companies don't want this - they want the status quo, but if we held our leglsiators accountable to accomplish some meaningful insurance reform, then there could be large private companies who could negotiate on the level of a public option.

The PEOPLE have to take back control of this country. I am also in favor of term limits for Senators and Congressmen. It was never intended by our founding fathers that the job of Senator or Congressman be a CAREER - how can they really be in touch with the people when they live their life in the ivory tower inside the beltway?

Did you know the government seized Mustang Ranch in Nevada (a brothel), tried to run it and failed? Look at what they are doing with GM. They give an incentive "cash for clunkers" but do they put a caveat on it that GM cars should be bought or American cars? No, so guess what people bought? Japanese cars mostly. How did that help our American auto makers? I think we should help our own industries first, don't you? The government is not good at business and these are two examples.

Look at the TRILLIONS that are being spent. Guess who is going to pay that back? Your generation and your children's generation. We need a grass roots effort to hold our elected officials accountable and limit their terms so we get some people in Washington who know what it's like to have problems like the one you have and also know the frustration of trying to get anything done efficiently by the government.

Did you actually WATCH the video??  Why is everyone so afraid of the public option?  It would just create fair competition.  If it doesn't work, it fails.  If it's not better, IT WILL FAIL!  And if it IS better, if it IS more affordable, if it DOES work, then we all win, with the possible exception of the monster insurance companies who only care about padding their bottom line.

Yes, I did. My comment was a response to the video. Public entitlements are impossible to get rid of once you have them. Since the 1930s our government has steadily increased the entitlements to the public, growing government and taking away our freedoms along the way. Bigger and bigger government - "A government big enough to give you everything is also strong enough to take everything away." Thomas Jefferson. "Those who fail to learn from history are doomed to repeat it."- can't remember who said that, you can google it.

Jonelle, there has to be a private sector solution to this without giving our government another huge portion of our economy. I do not think the insurance companies are saints by any means, or the pharmaceutical companies. There are so many things you can do alternatively to keep your immune system strong, but this is not even on the table in any of the proposals from either party.

Why don't we open up the competition by letting insurance companies cross state lines so we have huge groups that can afford to let people in with pre-existing conditions like yourself and my husband. It is my remembrance that if you have a pre-existing condition and you don't have a recurrence for five years, then it is the same as if you never had it. Are you saying this has changed?

My daughter went through Medicaid when she had a baby and if that treatment is any indication of what would be coming with the public option, Jonelle, it is not what you want. When we asked them questions, many times they couldn't answer. Sometimes they would not even call back. The doctors taking care of her weren't even OB/GYNs, they were on a rotation there, wanting to be other kinds of doctors. If a doctor failed to find a life threatening ailment, there is no penalty for that. Do you think that encourages excellence?

Look at the generations of people who are in Welfare and have no desire to work. Welfare has failed in giving people a helping hand until they can get back on their feet, but there is no way we are going to get rid of it. Of course there are those who are honest and do not want to live off the government, but this is the minority. Instead of 'teaching people how to fish' we are just giving them a fish. It has created an endless cycle of poverty that has actually discouraged men and women from marrying and raising their children because the mothers won't get as much money. This is an example of a government-run program that had the best intentions, has FAILED and we cannot get rid of it. It will be the same with a public option for healthcare.  There has to be a private sector solution - why don't you work on that? What are your ideas? I've given you some of mine.

Like
Jonelle Simons
Windermere Real Estate - Park City, UT
Bottom line is... There is no "private sector" solution. As long as the motive is profit... As long as companies are allowed to put their bottom line ahead of our health... There is no real reform. There is no reason a public option can't compete with the 'private sector' except that the private sector is so scared it will be better than them and put them out of business... They are spending millions of dollars lobbying against it and spreading lies to scare people
Like
Sharon Alters
Coldwell Banker Vanguard Realty - 904-673-2308 - Fleming Island, FL
Realtor - Homes for Sale Fleming Island FL

Jonelle, I guess we'll just have to agree to disagree. What's wrong with a profit motive? Don't you want to make a profit when you sell a house? That's the way businesses are run in our country. What is wrong is when greed enters in because the people in charge have no moral compass. Then it is profit above our health, but it doesn't have to be that way. It hasn't always been that way.

Yes, we will have to disagree on this one.  NOTHING is wrong with a profit motive in MOST businesses, but when it comes to my health, and someone padding their bottom line by DECLINING me, and DECLINING preventative care, and including WAITING PERIODS on my care, NO.  I'm not OK with it.  I'm not OK with the fact that the USA is #37 in the world in health care.  P-A-T-H-E-T-I-C!!!  We need to do something similar to France.  They have a public health care system (ranked #1 By the world health organization) and it's supplemented by private policies for those who want it.  AND GET THIS!!!  They spend 40% less for healthcare than us... hmm....

The French people have a much healthier lifestyle than we do. They walk everywhere. They eat small portions for their meals, and they don't eat fast food. Red wine with beef actually aids digestion. Even though they eat very rich food, you just don't see fat people in France. Most of the country takes a month's vacation in August. Many Americans just do not take care of themselves. Our addiction to fast food, sugar and white flour is playing havoc with our health. The amount of preservatives and additives in prepared foods is overwhelming. And yet we do not teach nutrition either in our schools or our medical schools. The so-called Food Pyramid - it is the same pyramid used to fatten farm animals! If we ate more whole grains, less processed food, like the French do, we would be much healthier.

I understand your concern about bottom line vs. your health, but if you think you won't have to wait with public healthcare, think again. My daughter could not get in to see the OB/GYN for almost two months after she was supposed to be on government healthcare. When she called to ask a question, it would be a day or two before they would call back. That would not have happened in a doctor's office where she was paying - and it if did, she would fire them and move on to someone conscientious.

I HAVE just as healthy of lifestyle as ANYONE.... I eat healthy - I work out, I'm NOT fat, I don't eat fast food, and I minimize my sugar and white flour intake.  DOES that mean that I'm accepted by the insurance company?  I should be "lower risk" because of all of these things, right?  NO!!!  They don't see it that way.  It's ALL about the bottom line.  And waiting periods???  Don't tell me that I'm "too young" to have experienced it... I'm experiencing it RIGHT NOW!  And just because there "have always been waiting periods" - THAT DOESN'T MAKE IT RIGHT - OR FAIR!!!! THAT IS ALL ABOUT THE BOTTOM LINE TO THE INSURANCE COMPANY, and pardon my FRENCH (pun intended) it's BULL SHIT!!!!  I agree with you on preventative care.  The insurance companies should not only PAY FOR preventative care, but ACTIVELY ENCOURAGE a healthy lifestyle, and REWARD those who do!!!  Your daughter had to wait two months to see a doctor?? GUESS WHAT!!!  THATS BETTER THAN WHAT I HAVE NOW, WHICH IS NOTHING!!  UNLESS I WANT TO PAY OUT OF POCKET - I have no coverage.  Although not ideal, I'd MUCH rather be able to see my dermatologist in 2 months and have it covered, than what I have now - which is NOTHING!!!!!

What is being proposed in Obama's healthcare bill is a PUBLIC OPTION available for people like me who can't get anything else.  That public option would also be available to EVERYONE, so if someone is not happy with their 'employer based' care, or whatever else they have, they too would have another option, and not be STUCK.  Under Obama's plan, there would be NO waiting periods, and NO exclusion for pre-existing conditions!!  I'LL TAKE IT!  ANYTHING is better than nothing, and I think if people look past their own politics, and give it a chance, IT WILL WORK!  Perhaps that's exactly what some are afraid of. 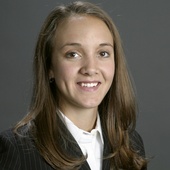