Judging by the lack of news coverage and thus the lack of public outrage it seems that the unfortunate homeowners who are faced with the loss of their home due to loss of a job, medical emergency, family issues ranging from the death of a spouse to divorce are no big deal. But I refuse to accept that verdict as being the one the public would reach were they aware of the travesty that is being carried out by anonymous bank employees every day.

I am talking about the irrational and indefensible way in which Short Sales are handled by the major banks. Properties offered as a Short Sale range from some that have a single mortgage that is only a few thousand dollars greater than the price at which the property can be sold to those with two or more liens with a total payoff balance more than twice the market value of the property. I will stipulate at the outset that I am not talking about the homeowner who has adequate resources, maybe owns a second home, has not lost a job, or encountered other hardship but just wants to unload a bad investment. Rather I am talking about true hardship where the homeowner has run out of options.

For their part, hundreds of concerned REALTORS® have invested many hours of time and their own personal funds educating themselves and learning about best practices so they can assist these unfortunate homeowners survive the ordeal. Yet no matter how carefully the agent handles the details of the short sale listing and no matter how diligently the materials documenting the sale are prepared and submitted, the seller and the prospective buyer plus their agents are being subjected to a cruel game of wait, wait, wait, and then wait some more. After weeks and even months of waiting they may be informed that the deal has been denied with no plausible explanation. Or they are told that certain documents have been lost, or any number of excuses that follow no pattern and defy the efforts of the agents to anticipate and avoid.

Losing your home with nothing more than a bad memory to show for it is bad enough. But the poor folks who are already facing an ordeal they never dreamed would happen to them, are being forced to dangle in the wind for months on end, never being sure if the short sale will be concluded before the bank decides to push them over the cliff and foreclose on their property. This is a national scandal!

I would welcome an attempt by someone representing the banking industry to explain the cavalier and inhumane manner in which thousands of American homeowners are being treated. I would also welcome comments from agents representing buyers or sellers who have had a good experience in dealing with the banks on a short sale. But I don't really expect anyone to step forward and defend the indefensible.

For my part this is a national scandal and it is a BIG DEAL!

They are being handled terribly is right. Thanks for shedding light.

Fantastic post...it doesn't get 1 bit easier after banks have had 1+ years to staff up properly and understand the business of short selling. It should be called long sales rather than short sales...if you can get em closed that is...

No there are very few winners when it comes to a short sale.  Credit is ruined, banks collect from the government and Realtors lose money trying to market them.  Short sales aren't new they just seem to be getting the most attention in today's market. 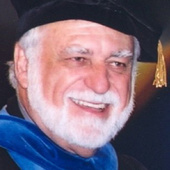 over 11 years ago
bookmark_borderbookmark
You Have A Website, Now What?
View more Recent Posts   arrow_forwards

How's the Real Estate Market? Is this a good time to buy? to sell? are among the most common questions that every REALTOR® encounters on a daily basis. Being known as the "Real Estate Doctor" and being the author of "Seven Steps to Home Ownership", I receive questions daily about virtually every aspect of real estate from buyers, sellers, bankers, other Realtors®. This Blog is a kind of FAQ of the questions people raise and the answers I provide.