As an agent, I get this question all of the time, mostly idle conversation.  And most folks want a simple good/bad/it's getting better answer.  With that in mind, I've developed (and update as I need to) the short answer.

Pretty simple I think. Where do I come up with that?

I look almost daily at the overall listings vs. sold data, like a stock broker would look at the ticker tape to see where the stock market is.  Same idea really. And it varies according to neighborhood even, nevermind which side of town!

If you have a question about a specific neighborhood, just let me know!  I'll be happy to let you know what's going on in YOUR area and be there to help when it's time to buy or sell.

Until then, Have a Great Day! 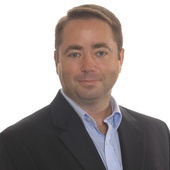