REAL ESTATE FROM A TROOPER'S POINT OF VIEW

Well...this blogging thing is totally new to me. I've been pondering for the past week on what to write, so today, I'm going to jump in with both feet.

First off, a little about me. I grew up in a small town along the banks of the Allegheny River in northwestern Pennsylvania. And when I say small, I mean small. My high school graduating class totaled 37 students.

After graduation I joined the U.S. Air Force as a law enforcement specialist. It seemed the natural thing to do since I came from a police family. You see my father was a Waterways Patrolman with the Pennsylvania Fish Commission and my grandfather was a retired Pittsburgh Police Officer.

My four year hitch with the military was up on Pearl Harbor Day of 1984, and on Tax Day, 1985, I joined the Pennsylvania State Police. I worked as a patrol officer, undercover officer, criminal investigator and for the last ten years as a Patrol Unit Supervisor. I retired in January of 2007 and moved to sunny Arizona with my family. We live in Surprise, Arizona, which is considered the West Valley of Phoenix.

By April of 2007, I earned my Real Estate License and I've been living on Easy Street ever since...I wish! After six months without having any luck, I joined the Arizona Highway Patrol. I dabbled with the real estate business during this time, but never really made any money. I told people real estate was my expensive hobby. Then in August of 2009, I was introduced to a broker that handles mostly REO listings. After talking with him, I quit my police job and decided to dive head first back into real estate.

I've been doing a few BPO's in hopes of receiving REO listings. That's where I stand as of today. I still work with some Buyers and a few Sellers, but hope the hours I'm putting into the REO side of my business will eventually pay off.

As for my blog...I want to make it something different than what you see everyday on real estate blogs. I want to write from the perspective of a police officer, so I'll be writing mostly about the law and how it may or may not pertain to real estate. I'm sure I'll get long winded sometimes telling some of my stories, but most are entertaining. In fact, people would often ask me why I ever wanted to be a State Trooper and I would tell them it was for the entertainment value. Although we dealt with many tragic incidents, it was balanced with humor and the funny things people do (including my follow troopers). That sense of humor is one of the most important things a police officer can possess. Without it, he will not last long in this career field. Of course, when I tell a story, (like in the Dragnet series), "The names will be changed to protect the innocent." The last thing I want is a phone call from one of my friends.

I hope to make any articles I write both informative and entertaining. And if you see I'm starting to write as if I were typing out a police report, let me know. Old habits die hard.

Hi George,  Well, welcome to the "Rain.  Your diverse background and dealing with the public will serve you well.   Keep plugging away and get a good mentor.  You will love and benefit from AR !

George I'll be interested as time goes on what you think about this business called real estate and some of the agents that you get to work with.

Nice article Ray.  I will look forward to reading some of your posts! 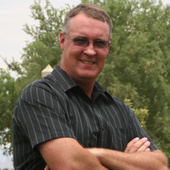