I found this to be very newsworthy information since many of AR members have been really focused on FHA and the First-Time Tax Credit.  What a bumpy ride it's going to be.  Tell me what you think!  We are about to see a whole lot of lenders disappearing as a result of this.  In fact, as of November 18th, FHA borrowers will no longer be able to finance their closing costs into their loans when they refinance, known as a "STREAMLINE REFINANCE" as one of the results of the current announcement.  We all better wish for a recovery and fast.

The Federal Housing Administration has been hit so hard by the mortgage crisis that for the first time, the agency's cash reserves will drop below the minimum level set by Congress, FHA officials said.

The FHA guaranteed about a quarter of all U.S. home loans made this year, and the reserves are meant as a financial cushion to ensure that the agency can cover unexpected losses.

"It's very serious," FHA Commissioner David H. Stevens said in an interview. "There's nothing more serious that we're addressing right now, outside the housing crisis in general, than this issue."
...
[Stevens] said he is planning to announce Friday several measures that should help the reserves rebound quickly.
...
An independent audit due out this fall will show that the agency's reserves will drop below the 2 percent level as of Oct. 1, the start of the new fiscal year, Stevens said.
...
For one, he will propose that banks and other lenders that do business with the FHA have at least $1 million in capital they can use to repay the agency for losses if they were involved in fraud. Now, they are required only to hold $250,000. Second, he will propose that lenders also take responsibility for any losses due to fraud committed by the mortgage brokers with whom they work.
emphasis added

Here is a table of FHA lenders with a 2 year default rate of 15% or more (This consists of lenders with 100+ originations included). There are 10 lenders with "perfect" records (100% default), but they only have one or two originations each. Many of these lenders will probably go away with the new rules.

The FHA is banking on a "recovery in the housing market":

The new audit shows that even without any new measures, the reserves will rebound to the required level within two or three years largely as the result of the recovery in the housing market, Stevens said. This calculation is based on projections of future home prices, interest rates and the volume and credit quality of FHA's business.

Tags:
fha
fha has no money
government bail out

This is not much of a shock, although I wish it was.  When the Sub Prime market went out like a match in a rain storm everyone looked to FHA as the new Sub Prime.  So why is it a shock that the rate of defaults is as high as it is?  Until the number of people employed starts to increase instead of decrease these numbers will not change.  Also remember that the unemployment rate does not take into account people who lost an $80K job and replaced it with a $25K job or worse.

Yet after spending more money that has ever been spent the currernt government hasn't created any new jobs except for the Czars that fill the west wing of the White House.  This is not a knock against Obama or his administration.  It is a comment on the severe flaw in our entire government.  They think that they can control the free market, they can smother it, but they can't control it.  Government cannot create wealth, only redistribute which others have created.  Or print money non-stop until it has no value at all.

Do we see a patern arrising here??

So the FHA health is dependent upon wishful thinking?  Without FHA this market will tank even worse.  I suspect Obama and company will just switch on the printing press.

Ted, don't scare the active rain people!  Did you know you showed up at the top of the blogs ?  Anyway there is absolutely no way  NO WAY that Obama will allow FHA to run out of money!! FHA has had tough times in the past and has always been bailed out by Uncle Sam...I hope the other people who commented on your blog read this.  To them I say...hey guys keep your heads up !!!

I might not have a crystal ball!  With 25 years of originating loans , the ball hasn't arrived on my doorstep as of yet.  However, please check out my blog that I wrote about a year ago on my opinion of what was going to happen to the Mortgage and Real Estate Industry...I had the crystal that day!!

Again, those who stay in, will survive. I am justing getting a little too old to stick around though...

This is such a scary prospect. As was waid earlier... No more bad news!  Unfortunately, that is not up to us.  I hope that those to whom we trust our lives and careers, I hope we can get our act together and build a future we can all be proud of.

FHA has been through times like this in the past.  What they usually do is change the MIP.  Default rates on FHA sky rocketed with the advent of Ameridream and Nehemiah.  At the same time those programs were outlawed, the real estate bubble burst and unemployment went thru the roof.  FHA will change a little but it will be fine.

What really scares me is that Barney Frank wants to be appointed Secretary of HUD.  THAT will be a crises.

Oh Boy Ted.  Great reading.  A lot of information, pro and con, just the reason I love checking these featured post.  I think you did a great job.  Thanks for posting.  Very educational to say the least.

I am going to have to come back when I have time and read all of the comments as it sounds like there is much more to this than you wrote about.  Thank you for getting the dialogue going!

Since the demise of the sub prime market, I have always viewed FHA as the next mortgage crisis. Some, not all, people who got subprime loans and have defaulted were homeowners that should have remained renters until the saved some money. Although the rapid downturn in the economy including job loss expedited the situation, home ownership is a responsibility some are just not ready for. FHA has just replaced sub prime loans as another avenue to make this very specific group of people glorified renters. When they cannot pay their "rent" anymore they just want to ditch the property.

Having said all that, I do believe it is a good program when used correctly.

Wow Ted. I guess that the FHA people are now wising up a bit.

Wow. You sure sparked some controversy here Ted!

We must remember that over the last 2 years FHA has experienced jumps in producition numbers higher than they have seen in years. Combine these numbers with desperate homeowners, mortgage brokers/bankers, foreclosures, tighter lending guidelines and we find a HUGE increase in loan fraud. FHA MUST make appropriate changes to remain in the game. I applaud the changes, (although it willmake our jobs more difficult, and like we needed THAT) but in order for us to continue to have a product for our borrowers that actually DO qualify for a mortgage we must hang tight and allow for the bad seeds to be weeded out (again).

This product WILL continue to be available, and I believe WITHOUT government bailout!

Another fine mess you have gotten us into, Ollie! Mu, mu, mu.

Thanks for the post Ted. FHA has always been a fantastic alternative to conventional lending. I work at a Brokerage that refuses to get FHA licensed. In my mind that is Lending suicide. I am however an expert at VA Loans and that is what has carried me through the craziness. I would advise all Real Estate professionals to ask their potential clients if they have ever served in the service. Ted one thing I don't understand is why the FHA loan  guidelines become harsher. It is a full qualification program. IF we look at he over all default rate wanst 95% of the mess caused by subprime crap?

WOW!  So many different responses.  I didn't know this was going to spark such a large response.  For the most part, I will agree with many of you that this will be sorted out and that FHA will be fine in the end.  However, it was worth posting as we all still have lots to learn in the way we move forward as an industry.  We should focus on sharpening our skills and improving on the integrity of our community.  For those that are out there doing funny stuff, be aware and be VERY SCARED!!  You will not last and you just might find yourself on the street or in jail.

By the way, I wanted to provide everyone with this chart.  The chart tracks FHA loans in relation to the downturns in our market since the 1980's.  In fact the pattern has been relatively the same since the Depression.  So you understand what you are looking at, when charting the conventional loan line, the downward spikes is a reflection of our economy (down means down).  At every downward spike you will see FHA moving upwards.  As the FHA line charts upward you will notice Conventional  begins to follow then FHA falls off as the economy gets better.  I teach a class on this and it is quite interesting to say the least on how FHA has "HISTORICALLY" been such a great program to our country and our industry. Any ideas what might happen to the manufactured home industry if FHA ran out of money. Presently the lions share if not nearly 100% of all Manufactured Home loans are FHA if not VA, guarneteed. Our company www.onthelevelcontractors.com does the engineered certifications and foundation retrofitting and inspections on manufactured homes throughout the USA. If FHA goes down so do we in a heart beat.

Did you read the entire letter that Dave Stephens sent out? Here's an excerpt;

"To be clear, the fund's reserves are sufficient to cover our future losses, so the FHA will

"That said, given the size and scope of the FHA and its importance to today's market, these risk

management and credit policy changes are important steps in strengthening the FHA fund, by

ensuring that lenders have proper and sufficient protections."

Wow, and we want to do FHA loans right now since we can still use our own appraisers and not the stupid HVCC appraisal fiasco.

Yes, this is not good news. FHA is the mainstay of 1st time homebuyers. 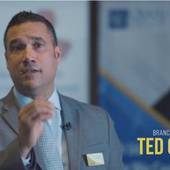