I found this to be very newsworthy information since many of AR members have been really focused on FHA and the First-Time Tax Credit.  What a bumpy ride it's going to be.  Tell me what you think!  We are about to see a whole lot of lenders disappearing as a result of this.  In fact, as of November 18th, FHA borrowers will no longer be able to finance their closing costs into their loans when they refinance, known as a "STREAMLINE REFINANCE" as one of the results of the current announcement.  We all better wish for a recovery and fast.

The Federal Housing Administration has been hit so hard by the mortgage crisis that for the first time, the agency's cash reserves will drop below the minimum level set by Congress, FHA officials said.

The FHA guaranteed about a quarter of all U.S. home loans made this year, and the reserves are meant as a financial cushion to ensure that the agency can cover unexpected losses.

"It's very serious," FHA Commissioner David H. Stevens said in an interview. "There's nothing more serious that we're addressing right now, outside the housing crisis in general, than this issue."
...
[Stevens] said he is planning to announce Friday several measures that should help the reserves rebound quickly.
...
An independent audit due out this fall will show that the agency's reserves will drop below the 2 percent level as of Oct. 1, the start of the new fiscal year, Stevens said.
...
For one, he will propose that banks and other lenders that do business with the FHA have at least $1 million in capital they can use to repay the agency for losses if they were involved in fraud. Now, they are required only to hold $250,000. Second, he will propose that lenders also take responsibility for any losses due to fraud committed by the mortgage brokers with whom they work.
emphasis added

Here is a table of FHA lenders with a 2 year default rate of 15% or more (This consists of lenders with 100+ originations included). There are 10 lenders with "perfect" records (100% default), but they only have one or two originations each. Many of these lenders will probably go away with the new rules.

The FHA is banking on a "recovery in the housing market":

The new audit shows that even without any new measures, the reserves will rebound to the required level within two or three years largely as the result of the recovery in the housing market, Stevens said. This calculation is based on projections of future home prices, interest rates and the volume and credit quality of FHA's business.

Thanks for your post. This is a very serious issue and with big changes comming in January less and less folks will be able to qualify for a home

I saw the story too and wondered what effect this may have on future funding of home purchases.  Hope we're not headed for another terrible crisis.

The scary thing is what if this was your healthcare?

Thanks Tony, Tom, and Ellen for your comments and observations.  This recent event and others in the housing, mortgage, and other industries lead me to believe that perhaps it is time for leaders (including myself) to check egos at the door, stop being self-serving, get out-of-the box and work together to come up with solutions that will work for the greater good.  Perhaps, then many will come out stronger when this current crisis is over. 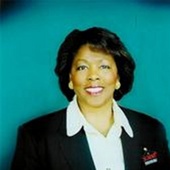