CONGRATULATIONS TO THE 2009 MWL Champions The Fort Wayne TinCaps won the first championship in franchise history with a 4-3 victory over the Burlington Bees, Thursday at Community Park. Fort Wayne finished a three-game sweep as four relievers combined on 3.2 scoreless frames and Jaff Decker belted a two-run homer. It is the first Midwest League championship in the 17-year history of the franchis, formerly known as the Fort Wayne Wizards.

Thursday’s win was Fort Wayne’s 101st of the year, counting regular-season and playoff games. That total ties the Midwest League record set by the 1978 Appleton Foxes, who won 97 regular-season games and four more in the postseason on their way to a title.

Let's hope that this is the start of a new tradition in Fort Wayne, what a great addition to the city Parkview Field has become 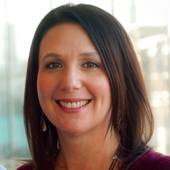