For those courageous enough to see the future withoutrose tinted eyewear. Okay, I’m going to do something I normally avoid; I’m going out on a limb and publicize my housing predictions for 2010. While I occasionally discuss general trends and opinions about the market, I think it’s important for all of us to have as much information as possible in order to properly plan our futures. And while this is only my opinion, after all, it’s the only one I can offer; it’s based on 4 decades of experience combined with careful observations of current trends and conditions. Here is what I see the future of housing:

I think the Fed will throw everything in it’s arsenal towards keeping interest rates low throughout 2010. To do otherwise would be to sabotage an economy that has been both erratic and unstable, and would prove fatal in an election year. Though the government will prefer to fight looming inflation, doing so would simply cause the economy to nosedive; and I doubt they’ll be willing to take that risk.

While it may appear that home prices have stabilized, my guess is, they have not. I predict we’ll continue to see overall prices remain at their current levels and, in some areas, to decline well into next year. Foreclosures and short-sales will keep pressure on home prices for another 2 – 4 years. I cannot foresee how we can possibly have a significant resurgence in prices for at least 5 years, with prices not returning to 2005/2006 levels for a decade or more.

Foreclosures and short-sales will make up as much as 40% of total sales for the next 30 – 36 months. And the percentage could possibly be greater, depending upon how eager banks will be to put their inventory on the market. Their preference will be to pace their release to keep prices from plummeting, but the sheer numbers may make that impossible for some banks. Even after the supply begins to dwindle, the effect upon home prices will continue for at least another year.

Unless the government passes a major and all-inclusive tax credit, sales must remain sluggish. I don’t expect another housing incentive. There is little public support for throwing more billions at the problem, knowing that whatever increase might be realized, the benefit would be limited, temporary, and far too expensive.

By spring of 2012 interest rates will rise sufficiently to negatively impact home sales. While this is not the path that politicians would prefer, approaching a presidential election, it will be necessary to keep us from unbridled inflation. This potential scenario supports the premise for a continuing housing slump, extending into the following year and beyond.

Finally, the mid-term election will be both chaotic and unsettling. Both political parties will pull out the stops as never before, one attempting to hold on to past gains, and the other to regain past losses; and they will spend more money, make more promises, and sling more mud than ever before. Political maneuvering in the coming year will certainly impact both the housing market and the economy, but it’s impossible to know what politicians are willing to do in order to maintain or gain power. While they would like for us to believe that their plans can restore the economy, there’s little remaining in their arsenal that can have a significant impact.

While many will view these predictions as meaningless negative claptrap, my intention is to share what I both see and believe to be true. If I am able to help one person make a more prudent choice, then my efforts will have been worthwhile. Take this with the proverbial “grain of salt,” but if it proves beneficial, we’ve both gained in the process. 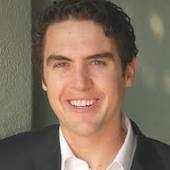