When it first came out:

First-time homebuyers may be able to take advantage of a tax credit for homes purchased in 2008 or 2009. The credit:

The credit is claimed using Form 5405.

The Housing and Economic Recovery Act of 2008 established a tax credit for first-time homebuyers that can be worth up to $7,500. For homes purchased in 2008, the credit is similar to a no-interest loan and must be repaid in 15 equal, annual installments beginning with the 2010 income tax year.

Then it was revised to this:

The American Recovery and Reinvestment Act of 2009 expanded the first-time homebuyer credit by increasing the credit amount to $8,000 for purchases made in 2009 before Dec. 1.

For home purchased in 2009, the credit does not have to be paid back unless the home ceases to be the taxpayer's main residence within a three-year period following the purchase.

Now the IRS issues this notice:

With the deadline quickly approaching, the Internal Revenue Service today reminded potential homebuyers they must complete their first-time home purchases before Dec. 1 to qualify for the special first-time homebuyer credit. The American Recovery and Reinvestment Act extended the tax credit, which has provided a tax benefit to more than 1.4 million taxpayers so far.  The credit of up to $8,000 is generally available to homebuyers with qualifying income levels who have never owned a home or have not owned one in the past three years. 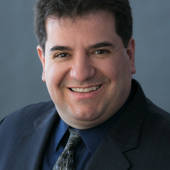