Now, with choices of what to show, agents are going to be reluctant to show the reduced commission properties!  I know some readers will do the righteous thing and show everything, but I just don’t buy into that! Agents that don’t show what they want based on commission being offered is a small minority, I’m sure!

Yesterday, I took a listing that had expired.  The former agent was offering “X minus ½ percent” to a co-broke, for a total of “W” percent.  I told them my total commission (both sides) would be “X” percent and not negotiable.  They had no problem with that.  I then asked them why they had discounted the commission on their prior listing? They said their prior agent didn't explain the concept behind commissions to them.  Had an agent taken the time to explain this, they would have gladly paid more! LEARN YOUR SCRIPTS AND DIALOGS! IT’S THAT SIMPLE & EASY!!!

Show All Comments
David Eiglarsh
RE/MAX Concierge - Weston, FL
CRS, CDPE, Serving South Florida
Hi Knox, I don't cut, period. The way I maintain my sanity is by setting my fees and not coming off of them.  "There are lots of agents willing to work for less. If you want me this is what I charge. You'll never have to worry that someone else is getting a better deal then you."  If they need more dialog, I'll continue.  I don't need all of the business, just the deals where the clients appreciate what I bring to the table.
Like
Rick & Ines - Miami Beach Real Estate
Majestic Properties - Miami Beach, FL

I totally agree with you David - We are not discount brokers and do not provide discount service.  We spend a lot of money marketing. Taking a listing is an investment for us and it's our best interest to sell it at the highest amount possible in the least amount of time.  The other side of this, now in a buyer's market, is sellers wanting to "offer" the norm to the buying agent and discount only the selling side....our answer to that is.  Thank you very much Mr. Seller, let someone else list your property and we will find you a buyer, and make more money that way.

Knox, the commission is paid by the seller anyway, what do your  buyers care?  You don't want to set a prescedent.

Like
Willie Norris
Keller Williams Realty - Columbia, SC
As Kevin Ahearn states "we don't get paid what we are worth only for the work that we produce".  I also think that some clients want to see how well you will do with a potential buyer by testing your negotiation skills with them...
Like
Elaine Reese, REALTOR® in central Ohio
Real Living HER, Powell Ohio - Powell, OH

Willie: You're right on! We talk about that point alot. If an agent can't negotiate for their OWN commission, how good will they be at negotiating the 'highest & best' price.

Toby: As you know, I fight the same battles as you're fighting.

The concern of seller in a depreciating equity market which is what we currently have as prices decend, cuts drastically into their remaining equity. The concern they have is not being able to satisfy the mortgage, title and commission obligations. Cutting the commission offered to co-operating brokers is less attractive as a solution, nor is it reasonable to do all the promotion of a reduced amount of pay.  It is indeed indicative of trying times both for Realtors, and for sellers.

"I'm not in disagreement with you here. But I would like to bring up a hypothetical question. What do you tell a buyer client who comes to you and already has found the property he wants, just wants you to negotiate, and wants you to cut your commission? "

We put ALL our Buyers under an Exclusive Buyer Broker Agreement.  Any difference between compensation offered by the Seller and our commission per contract with the Buyer is paid for by the Buyer.

Like
Amy Stoehr
Real Estate Masters Guild - Longmont, CO
For those of you who might be struggling with the scripts to hold your commission, or other topics, there are three really useful tools, and one of them is even free! You can sign up at the STAR POWER web site for the free Script of the Day to be emailed to you. If you're more an auditory learner, there are two products that can really help you: Changing Markets First Aid Kit not only helps with dialogues but also includes several marketing pieces for a down market (when you can demonstrate your value, it's easy to hold your commission); and second, Your Scripts for Success has over 800 dialogues and some deal with holding your fee. David can attest to their value.
Like
Rebekah Peters
Exit Realty Tri-County - Mount Dora, FL

I am working a deal with a commercial seller take who took a commission that is low even by residential standards.  When I asked her why she said she didn't feel her experience was worth the appropriate commission.  An agent is only as good as they see themselves being.  If you know you deserve a commission of 7% or more than you do.

I think the discounting will stop once the market stabilizes.  So many vets turned to the discount firms and will have to find their way back into full price listings for full price service...

I hear Expert is hurting badly!

Like
JoAnn Hostutler
EWM Realtors - Weston, FL
Hi, I agree totally.  In this market you will be seeing discount brokers dropping and true professionals picking up the expired and selling them!  I cannot believe with inventory what it is, that anyone would consider taking a lisitng at less than 6%!!!!
Like
Anonymous
dont buy

If you buy now, you will find a house like the one you bought for $100K or more less than what you paid. You effectively will be catching a falling knife and become instantly underwater on your mortgage! Imagine going to the bank and asking, "I'd like to open an account for minus (-)$100K". After years of deposits adding up to $100K you will have $0 in the account. Silly isn't it? Well that is exactly what you will be doing if you bought a house right now. Maybe a little more, or a little less, but either way doesn't sound too good does it?

email me your thoughts dontbuy2007@yahoo.com

The above comment is interesting.  While that is one viewpoint and true in some areas, it is not entirely true universally.  Just last week a buyer purchased a home with 30% equity automatically. This is sufficient to ward off any decreases in the market adjusting.  The bank was thrilled, her credit was stellar, and her "risk" minimal. Stable neighborhoods, thwart low prices.  There will always be a percentage of homes uneffected by themarket. They will always command "good" money regardless of what is happening elsewhere. This is particularly true in Florida.  The speculators and investors who jumped in at the end of the building boom 2005 are the ones who's properties will be most effected.  Why?  The bu8ilders are still competing against them. The excess inventory is being sold off under market value which in turns caused a negative equity effect on the resales. Just as there were people who missed the oportunity to cash in before 2005 when building was much more limited than it is today- there will be those, who will always wonderful how so and so got such a huge house and great deal.  Simple, they recognized a good deal and had the right timing.

As the deals fly off the market, and they are (here at least) some poeple are getting outstanding homes at reasonable prices. We are actually seeing a return on competing offers. A-Men.

People with any business sense will see that what they offer an agent will make the difference, given the price is right!  I recently closed a house with a $3000 selling brokers bonus for a full price offer...what do you think I did???

OKAY  I want to bring a different question to this thread- who else has a problem with the bank owned properties determining AFTER THE FACT what they will pay listing and selling brokers? This amounts to close the deal and we will see later what you're worth.

Hey David. This real estate business has taught me 2 important words. No and Next. They're effective and focused! Thanks for sharing.

We do not cut our commision. They get what they pay for. If you want the best you pay to have the best.

Seems, noting changed from 2006. That makes me very sad.. We still fight for our commission, for our right to be paid what we think we should be.

I read today the Nextdoor discussion about this. Some agents openly offer rebates or discounted commission. Here is my thought about it: you get what you pay for. If you pay a discounted price, you can not expect the excellent service. 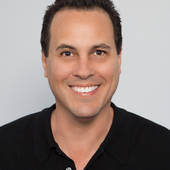