Everyone out there probably knows somebody who is behind on their mortgage payments, looking for alternatives and likely also just finding out that their home's value has dipped below what their loan amount is.  I know some within my own personal circles.  It's a tough situation for me to advise them as a professional because it's such a personal challenge to their pride and self-worth, not to mention their plans an dreams for the family. The question we're asking is "when is this going to stop and where are we heading?" 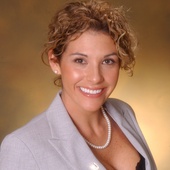