Nielsen just released its latest data on the number of unique visitors per social media site. The numbers are staggering:

Facebook continued to lead as the No. 1 U.S. social networking site for the sixth month in a row, with 87.3 million unique visitors in June 2009."

Gives straight sense why you should be on FaceBook - even if you aren't marketing there, JUST to be there.

Hi Ross, I like facebook also.  Seems a little more refined than my space.  I don't really do a lot of commenting there, just a presence, I suppose. thanks for sharing

It's good to be on facebook, but nothing replaces a face to face meeting with a prospect!

Ross, The growth of individual social networking sites is astounding.  Very few businesses could continue to develop the infrastructure necessary to keep up.  I'm amazed and glad to be a part of this wonderful culture.

The important thing about FB is that it gives you an unprecendented opportunity to meet thousands of buyers / sellers in your local area. FB will never be better than a face to face meeting but it's the crucial first step that allows you to make contact with a prospective client.

Facebook is also a great way to stay connected with friends and aquaintances. It may not always be easy to call or email individuals you know, but if you're friends on facebook, you can keep up with what is going on in their lives and let them know what is happening in yours. It's also a useful way to keep yourself visible in front of everyone without being too intrusive. 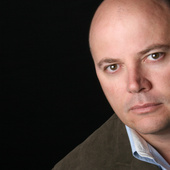 Ross Hair is Bald. Ross is also the Real Estate Advocate, a real estate social media fan and a (loud) voice for homeowners and real estate investors. You can find his musings at www.rosshair.com