We turned another page over on the calendar.  It's time to check our sales numbers for September 2009.

September was  down to minus 62% from this same time last year.  There were 3 sales closed this year in Shell Knob, versus the 8 sales closed in September 2008.

But.... the evening news reported an increase in housing sales nationally.

These continued low numbers do not reflect  reports being given on the major communication outlets, because we are a retirement and second home market.  We rarely get the First Time Home Buyers, where incentives are being given to stimulate the market.

Due to our retirement community, we also do not have  many foreclosures or short sales, which are also stimulating house sales in large cities.

Problem is - locals listen to the national reports, but think their property is not affected.  They continue to expect an inflated price for their homes.  Argh! 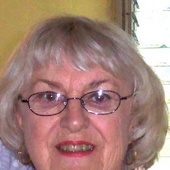