I dug this out of the file of articles to read, and honestly it doesn't surprise me.  They blame poor attendance at the Evergreen State Fair on the weather, but I have my doubts.

Final attendance for the 2009 Evergreen State Fair was down 6.2 percent in 2009 compared with 2008, event organizers said.

The 12-day Monroe event from Aug. 27 through Sept. 7 attracted 714,756 visitors this year, and attendance would have been higher if the weather cooperated, organizers said.

“Were it not for poor weather, we would have seen more visitors this year,” said Snohomish County Executive Aaron Reardon, in a statement.

Did anyone see any concerted effort to promote the fair this year?  It would seem like a logical thing to really promote a local activity in what has been a rough year, when people are looking for things to do close to home.  I must admit that I didn't make it out this year because I was very busy (which is a good thing) but I did make it last year and it was exactly as you would expect from a fair.

My question is what can the administrators for the fair do to bring the Evergreen State Fair up to speed and promote it for next year.  Both this and the Puyallup really look more like a carnival with a whole lot of booths of junk and services people are trying to sell.  I think they really need to take a hard look at what they can do to involve and engage more people in 2010.

After all, people really do want more than a few rides and some food on a stick!

Jacquie - Promotion makes the attendance rise.  We've had a few events here in our community where the word didn't get out as promised and the attendance was lacking for the vendors.  State Fairs should benefit the area.  I agree with you on more substance but I've got to say I do love food on a stick! 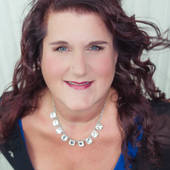